With Christmas cheer over, the PM now confronts a sullen and angry cabinet | Isabel Hardman 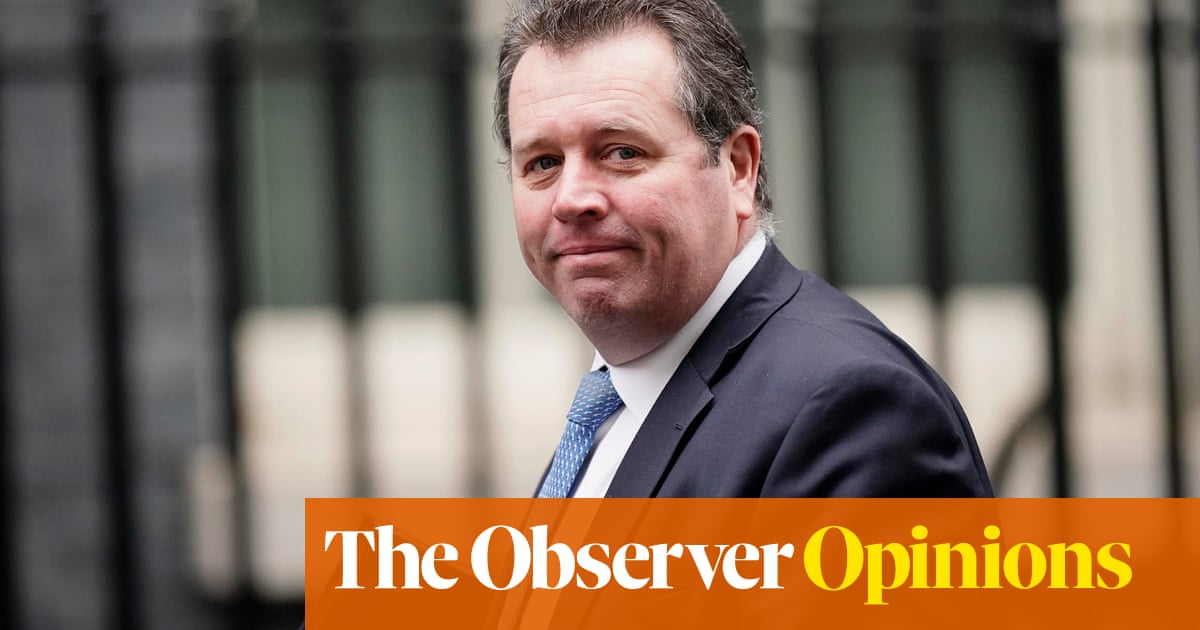 The space between Christmas and New Year is normally treated as pretty sacred in political circles. There are a few modest pre-prepared government and opposition announcements to keep journalists in business while everyone else switches off and remembers what their families look like. Not so this year. In the next few days, there will most likely be a cabinet meeting, albeit one on Zoom, to discuss whether England needs more restrictions to stop the spread of Omicron.

After nearly two years of Zoom meetings, everyone is well aware of how hard it is to read the mood of a group of people through a computer screen. Some of Boris Johnson’s problems with his party have stemmed from the lack of real contact between the prime minister and MPs. It hasn’t helped that the internet in Downing Street is about as reliable as Johnson’s commitment to being straight with people. But even when the wifi signal is strong, the prime minister has failed to read the virtual room and has often ploughed ahead with jokes and upbeat speeches while his colleagues stare disconsolately at their screens.

But Johnson can’t have failed to notice that the mood on his cabinet calls is now very different to just a couple of months ago. It’s not the internet connection that’s breaking up, but his relationships with his own ministers, some of whom used to be very happy to support and cheer him along. Now the mood has soured. The next Zoom will be a tense affair and not just because there is a split in the PM’s top team over whether to shut down more parts of society again to keep Omicron under control. His own authority is in question, too.

Last week’s cabinet call felt different partly because of the conspicuous absence of Lord Frost, who had sensationally resigned over the weekend. It also, according to those taking part, was mildly unsettling because Johnson wanted to hear what they thought and didn’t seem confident about making a decision. The ministers most sceptical about the wisdom of more restrictions also felt safe enough to push Johnson on whether he had enough data and whether the modelling on how infections might spread was right. Not only is the prime minister weak after months of political mistakes and the biggest Commons revolt of his leadership on vaccine passports, but cabinet ministers are also aware that their colleagues on the backbenches want them to be more challenging so that there aren’t further mistakes in the new year.

It is no coincidence that two of the most outspoken ministers against early restrictions last week were also the two most prominent leadership contenders: Liz Truss and Rishi Sunak. Both have been busily courting backbenchers as they start to build their own campaigns for the top job. All this canvassing work means they’ve got a much better grasp of how Tory MPs are feeling than Johnson does. They know there is a growing anxiety that the Conservative party is becoming what one senior Tory warns is a “patrician Covid-state party” that signs off more curbs on people’s freedom, partly out of fear that it could knock over the fragile NHS at any moment.

Sunak has the added frustration of having to find more and more funding for the health service while the businesses whose activities end up funding the NHS through taxation keep struggling because of the ongoing uncertainty and on-and-off nature of restrictions. Kwasi Kwarteng, the business secretary, has similar concerns and has been increasingly resistant to more curbs. He and his junior ministers have often overstepped the government line in media interviews to try to push policy in their direction. There are now few consequences for going against the agreed line, not least because there isn’t always a line to break.

Mind you, recently it has been a miracle that any minister agrees to go out and do media at all. On some of the worst days of the rows about Downing Street Christmas parties, the cabinet were nowhere to be seen. It wasn’t just the indefensible behaviour at the heart of the stories, but also that Johnson has squandered a great deal of loyalty among his ministers over the preceding months. Take Grant Shapps. He has long been known as someone who would happily go on to any broadcast outlet and bat for the government, but allies of the normally Tiggerish transport secretary say he’s felt badly burned recently by the way Downing Street managed to botch the briefing of the government’s integrated rail plan so that a £96bn programme of upgrades ended up sounding like swingeing cuts to the railways. Chief whip Mark Spencer isn’t at all visible in the media but his efforts to defend the prime minister to the rest of the party have gone without any real thanks.

Indeed, Johnson has left Spencer feeling humiliated in recent months by making him sack a junior ministerial aide, Angela Richardson, over her refusal to support his attempt to overhaul the parliamentary standards regime and help Owen Paterson escape his punishment for breaking lobbying rules. Spencer then had the grim task of reinstating Richardson 24 hours later. “Boris shot Mark in the head,” says one pal of Spencer’s. “The chief backed him all the way through the leadership. All the way.” Last week, Spencer saw more Downing Street briefings against him, as Johnson still blames the chief whip for persuading him to try to get Paterson off the hook in the first place. Other MPs point out that Johnson can’t blame Spencer for his own failure to read the “absolutely damning” report about Paterson. But there is little trust or affection between the prime minister and the man who is supposed to be his top enforcer.

Jacob Rees-Mogg is another recipient of hostile briefings from No 10. He could leave the cabinet in a mini-reshuffle in the new year, but that’s only if things go to plan for Johnson. Currently, the bigger risk is that the leader of the House resigns before then, having also been made to look a fool during the Paterson row and now anxious about Covid restrictions.

Other ministers who aren’t going anywhere are nonetheless frustrated that they’ve had to go out and clarify things that their prime minister, who is supposed to be a natural communicator, has made a mess of. A number of them had to dampen down a furious row in the party sparked by Johnson thinking aloud about a “national conversation” about mandatory vaccinations. The health secretary, Sajid Javid, was the one who managed to stop a backbench explosion by ruling out this policy, but it left many middle-of-the-road Conservatives wondering what was going on if the prime minister had to rely on Javid, quite a dry character, to clarify his words.

Johnson does have a few genuine loyalists left at his top table: the culture secretary, Nadine Dorries, is the fiercest among them and was recently booted out of a WhatsApp group with fellow Tory MPs for telling her colleagues to give the PM more credit. But even those who are quite comfortable with more Covid restrictions are still milking their leader’s current weakness. The levelling-up secretary, Michael Gove, has been in a stand-off with Sunak over the amount of money he wants to commit to infrastructure, housing and other projects in the north and Midlands. But colleagues also suspect he has delayed his big levelling-up white paper partly because he knows that waiting a little longer will mean the prime minister is weaker and will have to give in to more of his demands.

Of course, ministers always try to play games to get their way. But normally the Downing Street operation is strong and effective enough to spot these sorts of tactics and deal with them. The risk at the moment is that Johnson is so weak and distracted that he and his team don’t realise how many colleagues aren’t really on his side any more – and then don’t have the wherewithal to do anything about it.

An aggravating factor in all this is that the Labour party is now starting to make more of an impression, having been on mute for months. Keir Starmer’s new-look shadow cabinet is louder, more professional and quicker to respond to ministerial counterparts. Johnson doesn’t have as much room to mess up as he did a few months ago. But the bulk of the pressure is coming from within his cabinet. And even when they are all back together around their traditional boat-shaped table in Downing Street, proceedings will be awkward until Johnson works out how to fix his broken connection.