Why is England driving the rise in UK Covid cases? | Coronavirus 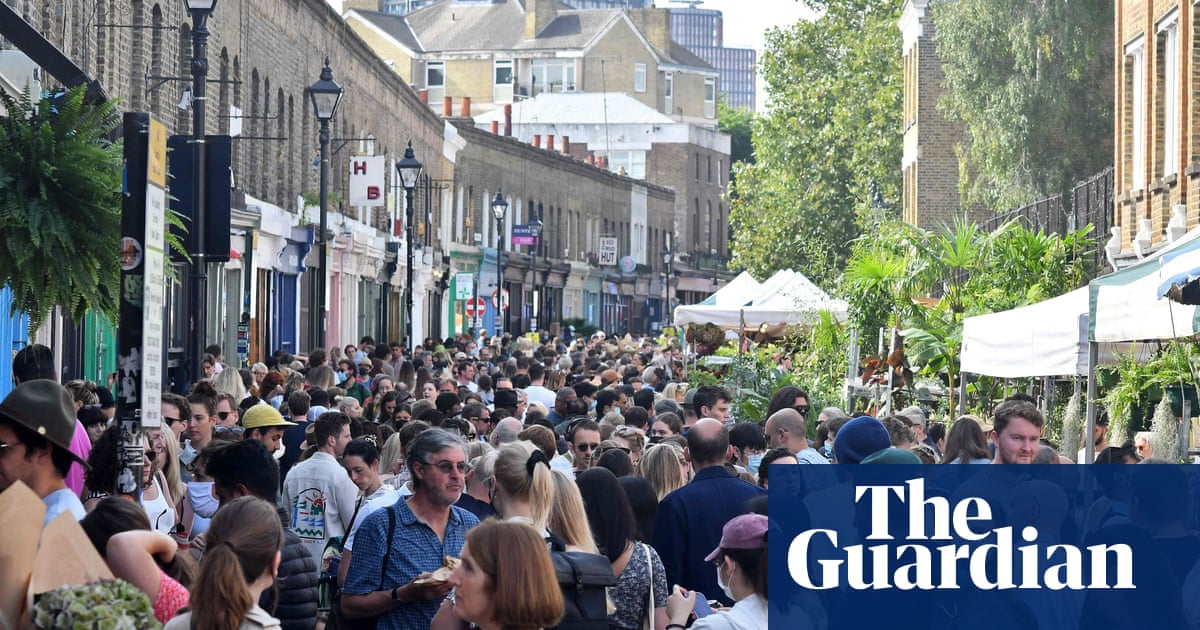 Covid cases in the UK are on the rise once more, with 49,156 reported on Monday – the highest figure since mid-July. The increase appears to be driven by growing case numbers in England, but what is behind that increase?

The removal of restrictions

Fewer than half the population of England was fully vaccinated, and cases were running high, when ministers moved to step 4 of the roadmap out of lockdown on 19 July and reopened society. This meant that while the majority of the most vulnerable had some protection against the disease, the virus was far from contained. As people drifted back to more normal routines, and students returned to schools and colleges with very few protective measures in place, the virus spread more swiftly – notably among unvaccinated secondary school pupils, who have the highest rates of infection in the country. The UK epidemic is largely driven by infections in this age group.

The relaxation of other measures has also contributed to the picture. In England in particular, mask wearing has fallen substantially since the summer, according to the weekly CoMix survey conducted by the London School of Hygiene & Tropical Medicine. This is especially relevant for the virus’s ability to spread when people meet indoors, though it is not enough to set England apart: mask wearing is still common in Scotland where cases are also very high.

It is worth noting that while people are mixing more since the lifting of restrictions, social contacts are still way down on pre-pandemic levels, so there is plenty of scope for more transmission as people return to work and other activities.

However, a Guardian analysis of booster jab data from NHS England – which includes those third jabs offered to the immunosuppressed – found daily figures for the number of jabs given has shown little sign of ramping up since the first figures were released on 1 October. As one expert pointed out, in the week to 12 October the rate of booster shots was about half that seen six months ago for second doses. Meanwhile, charities have expressed alarm that many immunosuppressed people who require a third dose are having difficulty accessing such jabs.

But it seems unlikely the pace of these jabs is behind the overall rise in cases in England.

“We know there is a measurable increase in the number of people who were vaccinated and then become infected after about six months post-vaccination. But that appears to be only true for a relatively small proportion of vaccinated,” said Prof Rowland Kao, of the University of Edinburgh. “Boosters are therefore most important now to protect the individuals, not so important to prevent the rise in cases we see,” he added, noting that low levels of third doses and booster jabs were important when it came to hospitalisations.

All children in the UK over the age of 12 are now eligible for at least one Covid jab, depending on age and other factors. But the pace of the vaccine rollout has come in for criticism. According to official figures, jab rates among 12- to 15-year-olds are three times lower in England than Scotland, with the rate about 14% for the former and 44% for the latter.

This could be important, not least because the latest data from the Office for National Statistics shows infections have shot up among secondary schoolchildren, with an estimated 8.1% of this group thought to have had Covid in the week ending 9 October. However, when it comes to schools it is also worth noting that a number of interventions have been dropped, including the use of face masks in secondary schools in England. By contrast, the Scottish government has confirmed pupils should continue to wear masks in school after October half-term.

“The rates are highest and increasing most in schoolchildren, a group with intense mixing at school, no real mask use, low vaccine coverage and minimal attempts to prevent transmission,” said Prof Andrew Hayward, an epidemiologist at University College London, speaking in a personal capacity.

While Hayward noted this group was very unlikely to develop severe illness, Kao noted infections in young people could spill over to other groups.

“Vaccination of teens is likely to be more important for [tackling the rise in infections] due to the very high numbers of teenage cases right now – a very different picture to earlier pandemic waves,” said Kao.

The UK was fast out of the blocks with its mass vaccination programme, which launched in December 2020, though many other countries have since caught up or overtaken. One consequence of its initial lead is that the UK is now one of the first countries to witness the impact of waning immunity from those early vaccinations. An analysis by Public Health England presented to the Scientific Advisory Group for Emergencies (Sage) in September found protection against symptomatic Delta infections started to wane from about 10 weeks for both AstraZeneca (which the UK relied heavily on) and Pfizer vaccines. Beyond five months, protection from two shots of AstraZeneca or Pfizer fell to a little over 50% and 70% respectively. At the time, the agency had too little data to asses waning protection from the Moderna vaccine.

Waning immunity affects the likelihood of infection most of all, with protection against hospitalisation and death proving far more robust. But “breakthrough infections” in the vaccinated can still be severe and even fatal, prompting ministers to approve booster vaccines in the over-50s and vulnerable groups to top up their waning immunity.

In the past, new variants have fuelled large surges in Covid cases – the Alpha variant played a key role in rising cases last winter, while the Delta variant led to upticks in the spring.

Now it seems a new variant is in play in England. More specifically, it seems this could be an offshoot of Delta, which is dominant in the UK.

According to the latest variant technical briefing from the UK Health Security Agency, “a Delta sublineage newly designated as AY.4.2 is noted to be expanding in England”, with the body noting it is being monitored and assessed.

The agency added that in the week beginning 27 September , the last week for which complete sequencing data was available, AY4.2 accounted for about 6% of sequenced coronavirus cases and is “on an increasing trajectory”.

However, Prof Francois Balloux, the director of the University College London Genetics Institute, said the new variant was unlikely to be behind the recent rise in cases.

“Its potential higher transmissibility could at this stage only explain a tiny fraction of additional cases,” he said. “It’s around 10% frequency [now], and assuming it may be 10% more transmissible, that would only explain an additional 1% extra infections [every five or so days].”

British pound plummets to record low against the dollar

British pound plummets to record low against the dollar