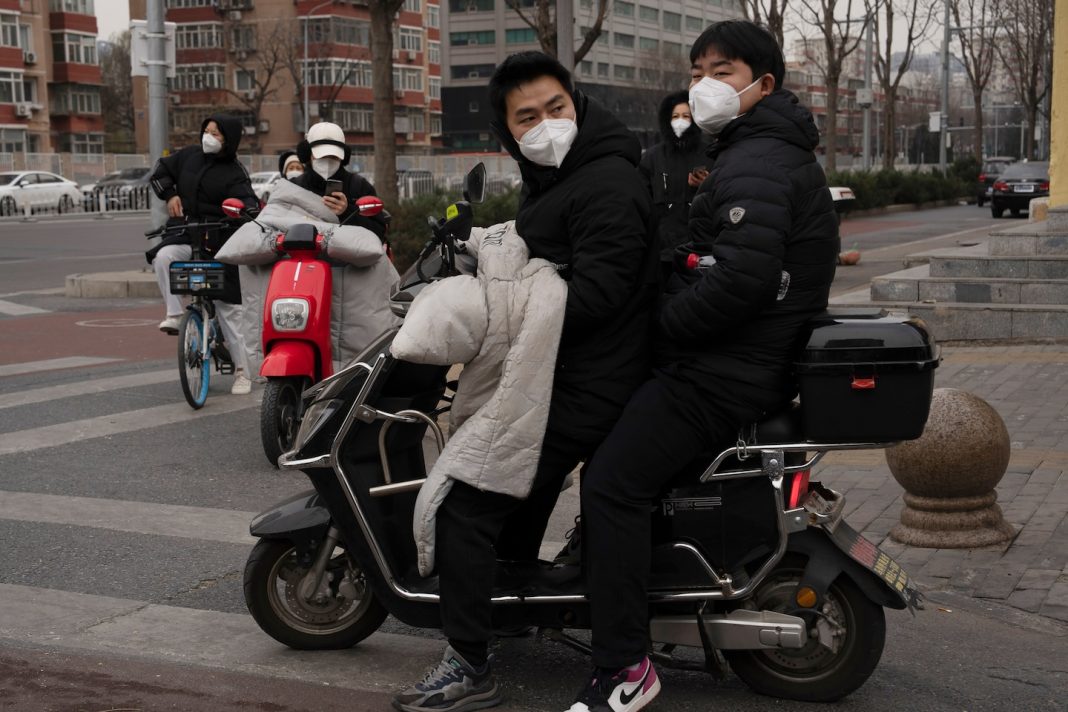 LONDON — A top official at the World Health Organization said the U.N. agency was “pleased” to see China loosening some of its coronavirus restrictions, saying “it’s really important that governments listen to their people when the people are in pain.”

At a press briefing on Friday, WHO emergencies director Dr. Michael Ryan said the organization was glad to see China “adjusting their current strategies” in trying to recalibrate their response to COVID-19.

Last week, huge protests against the severe COVID-19 restrictions in China erupted in numerous cities, in the biggest show of opposition to the ruling Communist party in decades.

Ryan said using imported messenger RNA vaccines, like those made by BioNTech-Pfizer and Moderna, would be a “solid option” for China to boost its immunization coverage. China’s home-grown vaccines have proven to be less effective and scientists say any protection they provided is likely to have faded with the emergence of omicron.

The decision of which vaccines to use “are choices that sovereign governments need to make based on the best benefit to their population,” Ryan said. He said future strategies should balance “the control of the virus with the lives, the livelihoods and well-being and human rights of the people in China.”

China has been developing its own version of an mRNA vaccine and has yet to authorize either of the shots made by Western companies.

Unlike in many Western countries, vaccination rates among China’s elderly are lagging; only 66% of people over 80 have got one shot, while 40% have received a booster, according to China’s National Health Commission.

By comparison, 93% of Americans 65 and over have received a full course of vaccine and another 2% have at least one dose, according to the Centers for Disease Control and Prevention.

Numerous public health officials have warned that China’s zero-COVID strategy, which involves locking down entire communities if infections are found, serves little purpose given how easily the omicron variant spreads. But without significantly raising the country’s vaccination rate quickly, releasing those restrictions could produce a surge of hospitalizations and deaths that could overwhelm the health system.

In recent days, Chinese authorities have loosened some COVID-19 protocols in cities including Guangzhou and Chengdu, easing testing requirements and controls on movement. Still, many of the rules that brought people into the streets of Shanghai, Beijing and at least six other cities remain in force.

The announcements easing restrictions didn’t mention last weekend’s protests of the human cost of anti-virus measures that confine millions of people to their homes. But the timing and publicity suggested Chinese President Xi Jinping’s government was trying to mollify public anger.

Globally, WHO chief Tedros Adhanom Ghebreyesus said that about 90% of the population now has some kind of immunity to the coronavirus via prior infection or vaccination, and that the world is inching closer to the end of the pandemic.

“We are much closer to being able to say that the emergency phase of the pandemic is over, but we’re not there yet,” Tedros said.

These Apple-like Target Tech Accessories Are 50% Off Right Now