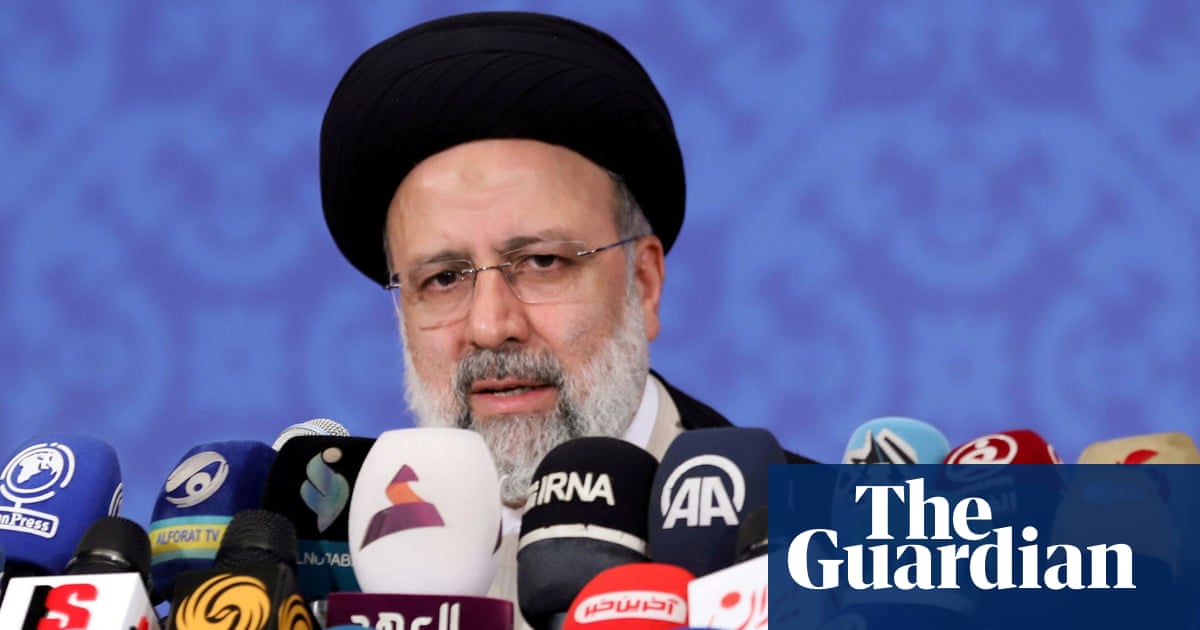 European powers and the US will decide on Friday whether to censure Iran in response to a damning report by the UN nuclear inspectorate the International Atomic Energy Agency (IAEA) showing that the new hardline government in Tehran had made it impossible for inspectors to oversee the country’s nuclear programme.

The Iranian president, Ebrahim Raisi, has warned any such censure motion, or a reference to the UN security council, could delay or prevent Iran returning to the talks in Vienna on how the US and Iran could come back into compliance with the 2015 nuclear deal.

Mutual compliance would result in the lifting of a swathe of sanctions on Iran and the likely release of political prisoners.

The US special envoy on Iran, Rob Malley, will meet diplomats from France, Germany and the UK in Paris ahead of a board meeting of the IAEA, the UN’s nuclear watchdog, on Monday.

Russia urged the Europeans not to complicate the Iranian return by tabling a censure motion but also urged Iran as soon as possible to return to the talks that started in April and ended in June. Malley met Russian diplomats on Thursday in Moscow in the hope Russia could spell out to Tehran the risks it is running if it overplays its negotiating hand.

Earlier this week Antony Blinken, the US secretary of state, said “we are getting closer to the point at which a strict compliance with the JCPoA (the nuclear deal) does not reproduce the benefits the agreement achieved”. But he added “we are not there yet”.

It is becoming hard for the west not to table some censure given the clear public warning by Rafael Grossi, the director general of the International Atomic Energy Agency, on Tuesday that the IAEA’s activities in Iran had been severely undermined.

“I am increasingly concerned that issues with unannounced sites remain unresolved and that Iran needs to resolve them as soon as possible,” Grossi said in a statement earlier this week.

He has submitted two reports setting out what Iran’s non-cooperation means in practice. Grossi has asked to fly to Tehran for talks, but his request was described in Tehran as suspended. Grossi is not seen as someone who wants to confront Iran, and has previously shown ingenuity in seeking compromises that keep the inspection process alive.

The Iranian parliament withdrew from a cooperation agreement with the IAEA. However, after talks with Grossi in February, the foreign ministry agreed to keep IAEA security cameras running inside its nuclear sites, without providing a commitment that the tapes would be handed over. This informal agreement carried on until 24 June, but has not been formally continued after that date.

But in addition to Iran’s refusal to clarify officially if the February 2021 special monitoring arrangement was still in place, Tehran has not responded to requests by the IAEA to access remote surveillance equipment.

Kelsey Davenport, the director for nonproliferation policy at the Arms Control Association, said: “The IAEA report says the equipment needs to be serviced and data storage replaced every three months – that date passed around 24 August, increasing the risk of lapses in data collection that could impede the IAEA’s ability to reconstruct a record of Iran’s nuclear activities.”

The 7 September IAEA report noted that “Iran’s failure to respond to the agency’s requests for access to its monitoring equipment is seriously compromising the agency’s technical capability to maintain continuity of knowledge”. The continuity of knowledge was “necessary for the agency to resume its verification and monitoring of Iran’s nuclear-related commitments in the future”, it said.

Amir Abdollahian, the new Iranian foreign minister, replacing the long-serving Javad Zarif, suggested it may take two to three months to agree the terms of Iran’s return to Vienna, a timeline that has exasperated Europeans given the progress that had been made with the previous government.

Davenport warned: “Raisi’s rhetoric and the current trajectory of the nuclear programme suggest he may try to drive a harder bargain to extract more sanctions relief and, in the process, overplay his hand or drag out talks past the point where the US thinks it’s worth continuing.”

The IAEA also estimated that Iran’s 20% enriched uranium reserves had reached 84.3kg, up from 62.3kg three months ago.

In a phone call with the European Council president, Charles Michel, on Wednesday, Raisi said: “Any unconstructive move in the IAEA would also disrupt the [Vienna] negotiation process.”

Much of the call seemed to have been taken up with Raisi urging Michel and the EU to show greater independence from the US after the Afghanistan pull-out. Raisi may be misreading the European mood if he thinks European anger over US handling of Afghanistan will spill over into a similar breach on Iran.