Dip buyers came out of the woodwork on Monday, snatching up tech stocks and lifting the Nasdaq 3.3 percent.

Traders were braced for instability following the stock market’s swings in and out of a correction after hawkish commentary from the Federal Reserve on Wednesday. Instead, it was a slow march higher as traders increase their bets the Fed will begin successive rate hikes in March. The dollar was weaker while Treasury yields rose.

“Until the market and the Fed stop leapfrogging each other in terms of interest rate expectations, the market will stay volatile,” wrote Deutsche Bank strategist Jim Reid, adding he wouldn’t be surprised by a swing in late trading.

The Nasdaq 100 has already recovered 6.6% from a low on Thursday, which can partly be explained by some short covering with traders buying back shares of the richly-valued tech stocks they previously bet against.

Short interest as a percentage of float for constituents in the index reached a roughly nine-month high earlier this month, according to a note from Wells Fargo. That “provides fuel for a short covering rally,” said Christopher Harvey, head of the bank’s equity strategy.

There remains speculation over whether the fed funds rate might increase 25 or 50 basis points at the start of the Fed’s tightening cycle. Yet, Michael O’Rourke, chief market strategist at Jonestrading Institutional Services, said it didn’t matter.

“Debating between 25 and 50 basis point for March is the equivalent to deciding between using a cup or a bucket to start emptying a swimming pool. One is larger than the other, but the difference is negligible relative to the task,” he said.

This week a flurry of companies from Alphabet Inc. to Exxon Mobil Corp. are expected to report financial results, potentially adding to the market’s volatility.

So far this quarter the stellar run of corporate profitability has continued. Of the 172 S&P 500 companies that have posted results so far, 81% have met or exceeded expectations, and profits have come in about 5% above the levels predicted.

“You’re going to have to deal with market angst but the good news is the economy is on very firm footing and it would take another major exogenous shock, like a pandemic, or some type of major geopolitical situation” to really disrupt the economy and cause a recession, he added. 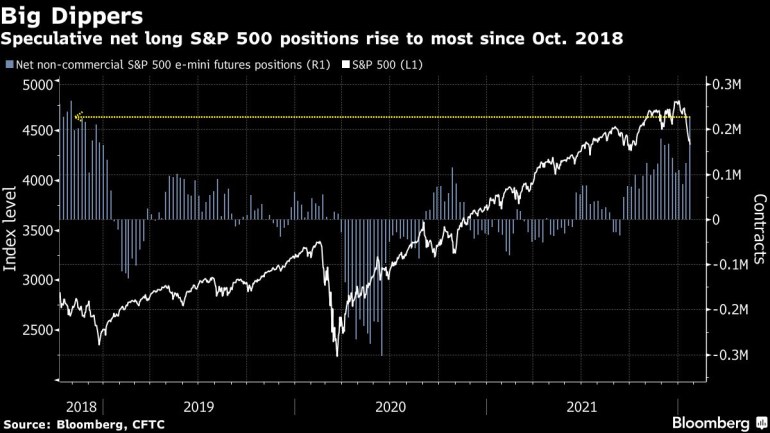 The MSCI World Index ended January with its worst monthly performance since March 2020. Brent crude posted its best January in at least 30 years, with some predicting prices will surpass $100 a barrel. And Bitcoin traded around $38,400, paring back a drop of almost 20% since the start of 2022.

What to watch this week:

Some of the main moves in markets:

WhatsApp will now give 2 days to delete messages : The Tribune India

WhatsApp will now give 2 days to delete messages : The Tribune India

Justice Kagan wrote “Now Congress will have to fix a statute this Court has broken.”