These Automakers Can’t Quite Hold Onto Their First-Time Buyers 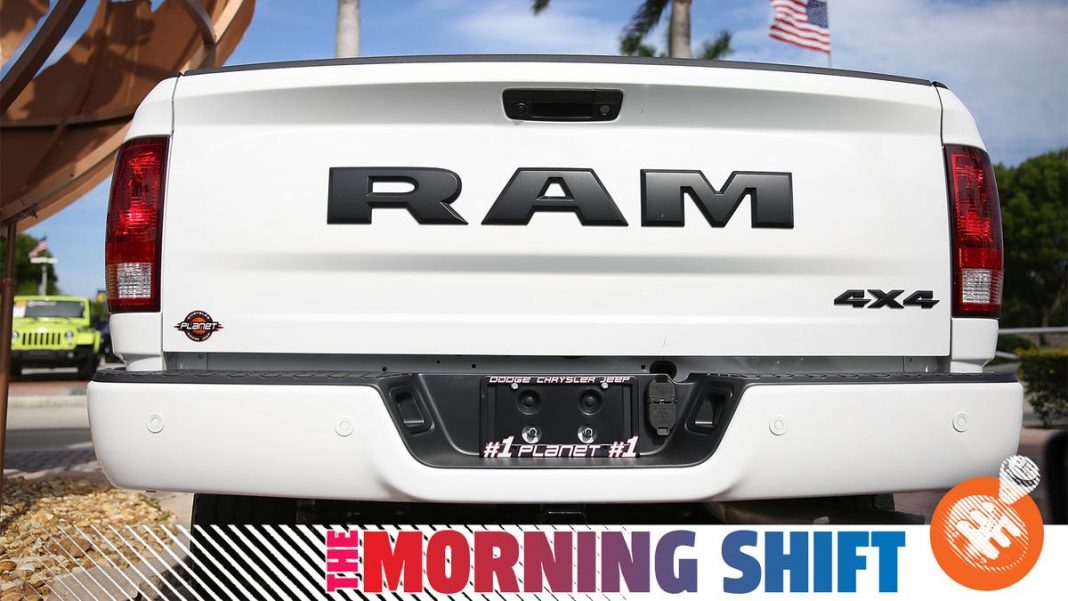 Some automakers are struggling to convince first-time buyers to return to the showroom, Elon Musk testified that he really believed he’d be able to take Tesla private in 2018 with some help and Audi took Nio to court and won. All that and more in The Morning Shift for January 24, 2023.

There’s apparently a name for people who purchase a car from a brand, but don’t buy their next vehicle from that same brand. Analysts call them “nomads.” I would’ve assumed half to a slight majority of shoppers operate this way, but evidently it’s not the expectation in the industry. Nissan really believes it has a shot at keeping you in the family for life just because you scored a decent lease on a Kicks one time. Go figure.

Anyway, data from S&P Global claims to indicate which brands fail the “nomad retention challenge” the hardest, and which are succeeding at it. The answers are actually a little surprising, at least in the former category. Courtesy Automotive News:

Dodge, Ram, Audi, Mazda, GMC, Volkswagen, Acura and Mercedes-Benz are all in the heat of a “nomad retention challenge” in the U.S., a report from S&P Global Mobility shows.

This means these eight brands face the challenge of keeping their conquest customers [new customers not previously within a brand’s base] from being “one and done” and going elsewhere after one purchase, the research firm said.

These brands were one of three major groupings identified in the S&P Global analysis of retention and defection of so-called nomadic customers with unidentifiable loyalty patterns.

On the other side of this challenge are Tesla, Subaru, Jeep, Kia, Hyundai and BMW — brands with a high share of the nomads returning to market and higher retention. Tesla was a standout here, with a share of first-time owners at 83 percent and the lowest one-and-done rate of all the measured brands at 39 percent.

G/O Media may get a commission

Grow those luscious locks back
This proprietary, prescription-grade topical Finasteride is proven to regrow hair in just a few months.

As you might figure, S&P has a profile for the prototypical nomad: they apparently have a high disposable income, live in the suburbs, and have a predisposition to “chase the latest trendy product.”

“Conquest loyalty” (sheesh, this marketing lingo) appears to be a growing concern for most automakers, as data collected last July found that 58 percent of nomads chose to leave their previous brand with their latest car purchase in the preceding 12 months. Regardless, you do have to wonder why precisely Mercedes-Benz and Audi are struggling with this issue, while BMW apparently isn’t.

Every few weeks I get another notice from the dealer where I bought my Fiesta ST five years ago that my hot hatch is very much in demand, but unless Ford suddenly decides to resurrect all of its compact passenger cars from the dead, the chances of them getting this one back ain’t high.

2nd Gear: Elon Really Thought He Could Do It

The Tesla CEO took the stand a second time on Monday to defend that infamous 2018 “funding secured” tweet, saying that he believed he had support from Saudi Arabia’s sovereign wealth fund and also that his shares in SpaceX would’ve helped him take the electric automaker private. Courtesy Reuters:

At a trial in San Francisco federal court, the billionaire, who said he was tired from a lack of sleep, spoke quietly and calmly during roughly five hours of testimony.

“With SpaceX stock alone, I felt funding was secured” for the buyout, he told a jury, referring to the aerospace company where he is also CEO, without giving any details.

But Nicholas Porritt, the plaintiff investors’ lawyer, raised doubts about whether he had been looking to use his SpaceX stake to fund the deal, which would have increased his stake in Tesla. Porritt pointed out that Musk had told Tesla employees at the time he expected his stake in Tesla to remain similar after the deal.

Musk told Porritt that he met on July 31, 2018, with representatives of Saudi Arabia’s sovereign wealth fund, the Public Investment Fund, at Tesla’s factory in Fremont, California.

He acknowledged that a takeover price was not discussed, but said the Saudi representatives made clear they would do what it took to make a buyout happen.

That never came to pass, Musk said, because the fund’s governor, Yasir Al-Rumayyan, later backpedaled on the commitment to take Tesla private.

“I was very upset because he had been unequivocal in his support for taking Tesla private when we met and now he appeared to be backpedaling,” Musk testified.

That testimony appears to contradict the minutes of the meeting itself admitted to the court as evidence, which indicates that Al-Rumayyan was not “unequivocal in his support,” as Musk put it, but requested further information from the CEO. Musk will take the stand again today; let’s hope opposing counsel presses him further about the proposed $420 share price’s “significance in marijuana culture.”

In yesterday’s Morning Shift we discussed Ford’s plans to axe at least 1,000 employees from its European business, mostly at its Cologne, Germany facility previously known for building the Fiesta. Today we have a little more insight thanks to the country’s IG Metall union, and it turns out the number could actually be more like 3,700 jobs. From Reuters:

The company wants to axe up to 2,500 jobs in product development and up to 700 in administrative roles, with German locations most affected, IG Metall said.

Workers at the U.S. carmaker’s Cologne site, which employs about 14,000 people – including 3,800 at a development centre in the Merkenich area – were informed of the plans at works council meetings on Monday.

Ford’s spokesperson in Germany declined to comment, referring to a statement on Friday in which it said that the shift to production of electric vehicles (EVs) requires structural changes and it would not say more until plans are finalised.

Ford doesn’t expect to have a concrete number until the spring. The manufacturer employs about 45,000 in Europe total.

Audi and Nio have been locked in a dispute over vehicle names since late 2021, with the German automaker alleging that the Chinese EV startup’s model names, like ES6 and ES8, are too similar to its own, which are just like that but without the “E.” A Munich district court has found in favor of the Ingolstadt-based brand, per Automobilwoche. Typically I’d cry home court advantage, but the basis for the decision is actually pretty sound. Translated, it reads:

The [court’s] reasoning goes on: “The chamber explained that it is therefore to be expected that a not inconsiderable part of the target group of people will also see the ‘E’ in the challenged sign and thus the only difference between the two signs as descriptive in this sense understand and see it only as an indication of the engine type of the vehicle. There is a risk that consumers will assume that the ‘ES 6′ is the ‘S 6′ in the electric version, that the two vehicles are from the same manufacturer. There is therefore a transfer danger of confusion through association that goes beyond pure association.”

The punishment is a $270,000 fine for Nio and/or potentially a six-month prison sentence for the managing director of the company’s German division. The latter seems pretty steep! Also, Nio can’t advertise the relevant cars in the country for the time being. That’s not a huge deal as the brand hadn’t started offering the ES6 or ES8 there yet, and the ES7 was thoughtfully renamed to “EL7″ just for Europe. It’s almost like they knew this was coming.

Volkswagen’s cars, by and large, look a little boring. Not bad, but also really easy to ignore in traffic. (The Arteon and ID.Buzz get passes, of course.) It seems VW management would agree that the brand needs something of a shake up, because it’s just replaced its existing design head, Josef Kaban, with Andreas Mindt, previously of Bentley. One more time, from Automotive News:

VW brand’s new CEO, Thomas Schaefer, has not been impressed by some of Kaban’s designs, according to sources.

Kaban was asked to change the retro styling of the ID Life concept unveiled at the 2021 IAA Munich auto show for a more modern look. The concept was supposed to preview the look of VW’s entry-level ID electric car due in 2025.

Schaefer also asked Kaban’s design team to rework the styling VW brand’s upcoming Trinity flagship EV to give it a crossover look instead of a sedan appearance.

Kaban started his career in 1999 at VW Group, where he worked for Audi, Bugatti and Skoda.

Kaban isn’t leaving the fold entirely, as he’s expected to move elsewhere within the VW Group family. The personnel changes have not yet been formally announced, but are expected to take effect on February 1.

On this day 23 years ago, 20-year-old Jenson Button became England’s then youngest-ever Formula 1 driver, signing a multi-year deal with Williams BMW. He’d stick around for only a year, before the team loaned him out to Benneton, which became Renault. From 365 Days of Motoring:

“I am still on cloud nine,” Button said when wheeled out to face the media. “The last 45 minutes have been amazing; difficult to explain because I’ve never experienced anything like this before.” [Stirling] Moss was fulsome in his praise. “It’s a fantastic achievement and I wish him all the best,” he said. “I’m obviously sorry to have been pushed out of the record books as the youngest British F1 driver, but what the hell. We’ll have to start calling him ‘The Boy,’ as they referred to me when I was new to it.”

Be honest: Are you a “loyalist” to any manufacturer? Ford probably would’ve kept me if it didn’t murder the only things I cared that it made.

This is the biggest regret most retirees have, survey shows