With help from Zi-Ann Lum

As striking as those numbers are, when Nightly asked three experts who follow the courts closely what else they have noticed about Biden’s judicial selections — a hint about what his first nominee for the Supreme Court might have on her résumé — they all pointed to the same thing: career diversity.

An unprecedented number of Biden’s judges have experience as public defenders.

Fourteen of Biden’s first-year judges, or about a third, have some experience as a public defender, according to an analysis from Brookings visiting fellow Russell Wheeler, who worked at the Federal Judicial Center from 1977 to 2005.

The makeup of the Supreme Court reflects that trend: Of the current nine justices, only Amy Coney Barrett never represented the government before becoming a judge. And when Wheeler typed “public defender” in the Federal Judicial Center database of justice bios, his search came up empty.

That doesn’t mean that no Supreme Court justice has ever done defense work. “Justices like Abe Fortas and his pro bono defense of Clarence Gideon remind us that other justices may have performed pro bono defense work in private practice,” Wheeler said. “And of course, Ruth Bader Ginsburg and Thurgood Marshall provided representation, much of it civil, to litigants in public interest litigation, as did Louis Brandeis.”

Professional experience, as well as race, gender and personal history, has been shown to influence how a person interprets the law, Gbemende Johnson, a professor of government at Hamilton College, told Nightly. “It shouldn’t be seen as, ‘OK, someone has this background, so they’re going to rule this way’ in these cases,” Johnson said. “But it’s the broader idea that this set of experiences will affect their jurisprudence and the way in which they interpret certain legal issues that appear before them.”

If Biden wants to nominate a public defender, that might help the cause of Judge Ketanji Brown Jackson, who is already widely reported to be a top contender for the Supreme Court seat being vacated by Stephen Breyer. Brown Jackson was an assistant federal public defender in Washington from 2005 to 2007, in addition to working as a staff member for the U.S. Sentencing Commission early in her career.

“Public defenders have experiences that many other justices on the Supreme Court haven’t had. They have an understanding of the kinds of problems people encounter, particularly poor people,” said Jill Dash, who oversees the progressive American Constitution Society’s work on issues surrounding the judiciary. “It’s so important that our leaders understand the backgrounds of Americans of all walks of life.”

Biden himself was briefly a public defender in Wilmington, Del., when he was 26, Wheeler noted, which could explain in part his push to nominate more former defenders. The president touted that line on his résumé during the first Democratic primary debate in 2019. “I was a public defender,” Biden said, responding to an attack from then-candidate and former prosecutor Kamala Harris. “I didn’t become a prosecutor.”

— Biden visits site of collapsed bridge in Pittsburgh: Biden visited the site of a bridge that collapsed in Pittsburgh during his scheduled trip this morning to deliver remarks on the bipartisan infrastructure package he signed into law last November. Fern Hollow Bridge near Frick Park in Pittsburgh collapsed just hours before Biden was scheduled to visit the city. The president was joined by Sen. Bob Casey (D-Pa.), Rep. Conor Lamb (D-Pa.) and Pennsylvania Lt. Gov. John Fetterman, among others.

— Ukrainian president downplays U.S. assessment of imminent invasion: Ukrainian President Volodymyr Zelenskyy publicly downplayed the threat of an imminent Russian invasion, adding to the dissonance between Kyiv and Washington. His remarks put more daylight between the Ukrainian government and the assessments of U.S. officials, who repeatedly have warned that Moscow could move its troops across the border at any moment.

— Pennsylvania voting fight escalates as court strikes down mail ballot law: A Pennsylvania state court struck down the law allowing any voter to cast a ballot by mail, handing a victory to Republican lawmakers who have sought to curtail the practice. A panel of judges from Pennsylvania’s commonwealth court ruled that Act 77 — which passed out of the state legislature with bipartisan support and was signed by Democratic Gov. Tom Wolf in 2019 — violated the state constitution.

— Biden admin blocks military aid to Egypt over human rights concerns: The Biden administration informed Congress that it is withholding $130 million in military aid from Egypt after the country failed to address U.S. concerns over its human-rights record, according to two people familiar with the matter. The decision comes after intense pressure from Democratic lawmakers who wanted to see Egypt’s leaders address human rights abuses, such as the jailing of political opponents, before receiving additional security assistance.

— Hochul extends New York’s ‘mask or vax’ policy amid court challenge: Gov. Kathy Hochul said that she’s extending a contentious state policy that requires New Yorkers to wear face coverings in all public indoor settings or show proof of Covid-19 vaccination through Feb. 10. The governor, who instituted the “mask or vax” requirement as the Omicron variant began to drive a resurgence in Covid cases and hospitalizations across the state, had been undecided publicly about whether she would continue the policy, which was set to expire on Feb. 1. 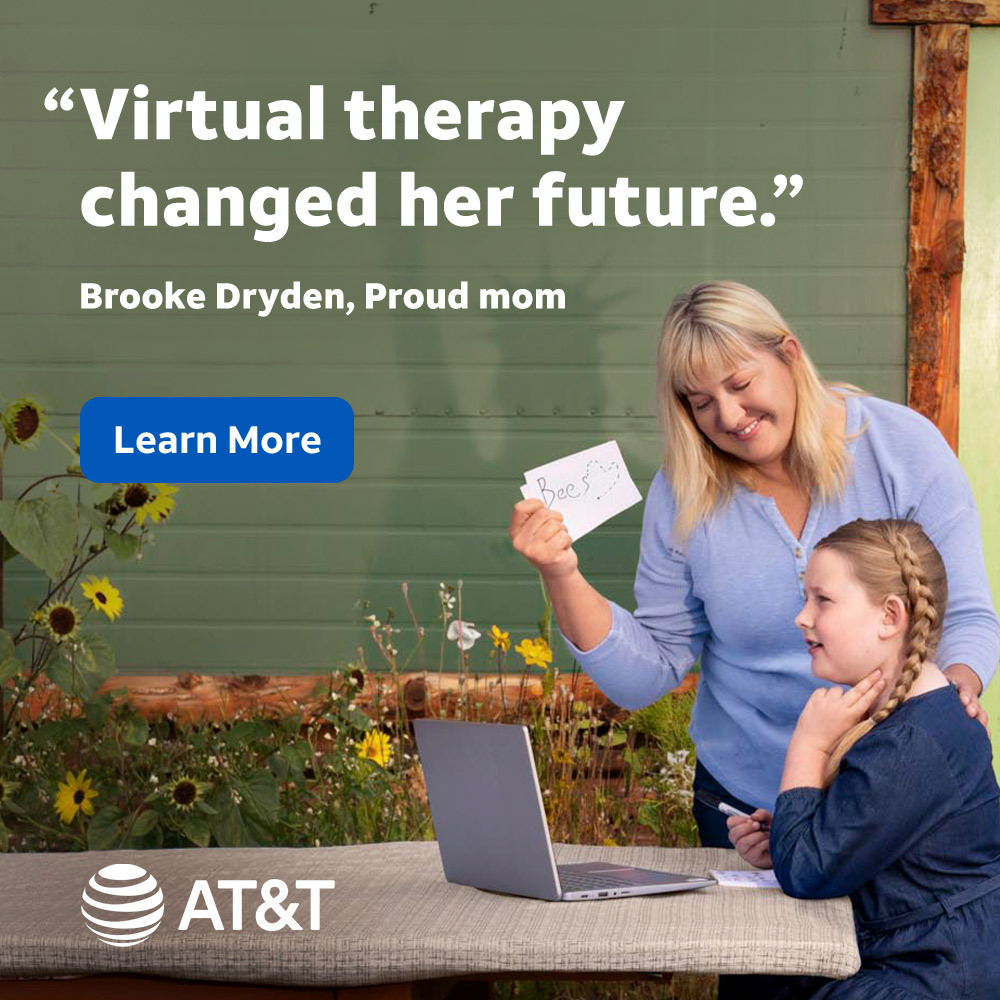 As an exhausted Canada heads into Year Three of the pandemic, people want normalcy, whatever that means. For some, normalcy looks like a convoy of protesters, led by truckers, descending Saturday on Parliament Hill in the capital city of Ottawa.

The overarching objective of the convoy, organizers say, is to get the government to drop its vaccine mandate requiring cross-border truckers to be fully vaccinated for Covid-19, despite the U.S. Department of Homeland Security bringing in a reciprocal rule last week. Some extremist supporters along for the ride have made flippant calls to imitate the Jan. 6 insurrection on Capitol Hill.

“The demonstrations this weekend will be unique,” Ottawa Police Chief Peter Sloly told reporters today, calling the situation “fluid, risky and significant.” The protests are national in scope, he said, massive in scale.

Far-right individuals haven’t been exactly discreet in hitching their causes to the high-profile rally. As a result, Parliament Hill staffers and media in the capital have spent the past few days making safety plans.

A memo came from Sergeant-at-Arms Patrick McDonell late Thursday, warning federal politicians in the area to “close and lock all exterior doors” of their homes and offices. “As a reminder, any individual or group of individuals who do not hinder vehicular traffic or trespass on your property have the right to demonstrate,” the memo read. “However, should the situation escalate, the police will take action.”

Prime Minister Justin Trudeau has refused to budge on the truckers vaccination policy. He blamed opposition Conservatives for fuelling the gathering with foreign stock photos of empty grocery shelves and torqued messaging. He called the convoy a “small fringe minority of people.”

“The fact that close to 90 percent of truckers in this country are vaccinated means that the Conservatives unfortunately are again engaged in a campaign of disinformation,” the prime minister told reporters Wednesday.

Health Minister Jean-Yves Duclos had his own common sense message on the eve of the rally, saying the enemy is not vaccination — it’s Covid-19.

“And the best tool to fight this enemy is to be vaccinated,” he said.

MAUS-TRAP — Our scribbler-in-chief Matt Wuerker has some thoughts on the latest news regarding the banning of “Maus” in a Tennessee school district. He also gives us the latest in political cartoons and satire in a new Weekend Wrap, including debates on vaccine mandates and masking in schools, the tensions over Ukraine, and the SCOTUS vacancy.

AVOID DOLPHINS AND SEAHAWKS ON THE SEA — The Navy’s public image has been taking on water. And some of its most notable advocates have thrown a Hail Mary in the hope of bailing it out, Bryan Bender writes.

The recent rumor that the Washington Football team might be called “The Admirals” came as a pleasant surprise to the small flotilla of retired officers who have not so quietly been pushing the rebranding.

“The Navy hasn’t had the best couple of years in terms of some of the publicity,” said retired Adm. James Stavridis, who has steered an online campaign since July 2020 to rename the franchise the “Fighting Admirals.”

“It needs a little punch,” the prolific former NATO commander, commentator and naval historian added in an interview. “This could be a turning point for the Navy.” The team is expected to make a public announcement Wednesday.

Brooke Dryden’s daughter was diagnosed with learning disabilities at an early age. She requires an individualized education plan and weekly therapy with speech specialists. However, rural Colorado does not have the kind of specialists she needs. With the help of accessible and affordable broadband, Brooke is able to ensure that she receives regular virtual therapy and never falls behind. Brooke’s dream is to see her daughter not just survive but thrive in the world. That’s why AT&T is dedicated to helping close the digital divide with a $2 billion, 3-year commitment, so more low-income families like Brooke’s can achieve their American Dream. Learn more.

Did someone forward this email to you? Sign up here.