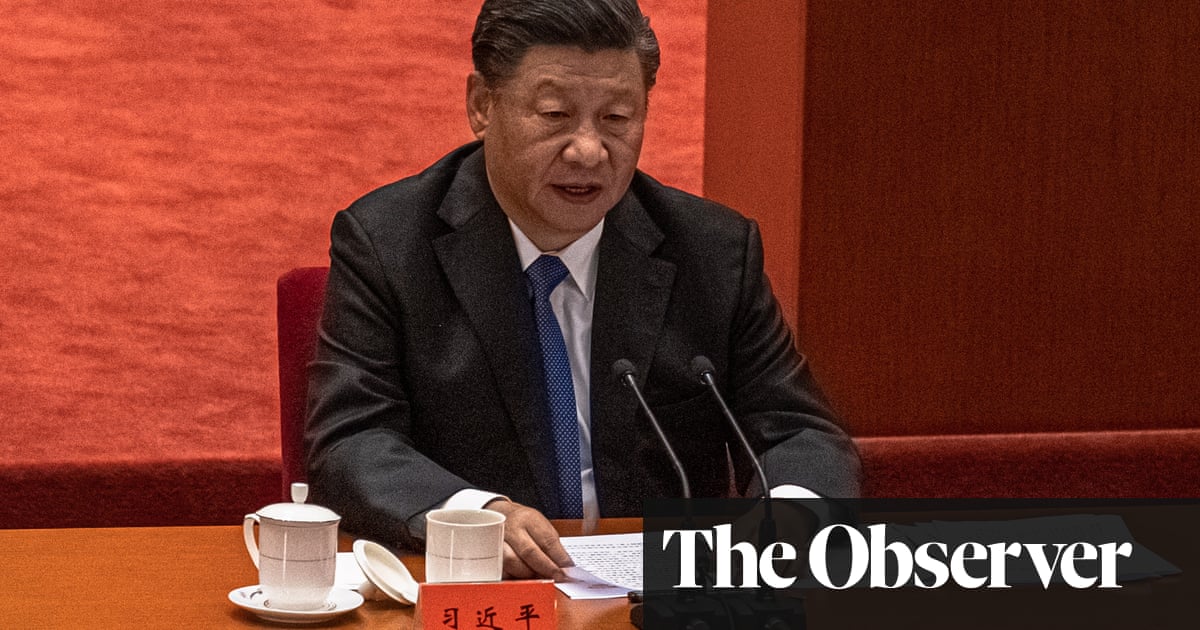 Chinese president Xi Jinping’s menacing declaration that reunification with Taiwan is a “historical task [that] must be fulfilled and definitely will be fulfilled” came at the end of a fraught week. Provocative sorties by Chinese combat aircraft inside the island’s air defence zone are at record levels. Defiant statements by Taiwan’s leaders “to do whatever it takes” to repel invasion have acquired a new intensity. The US and regional countries are uneasy. Is war coming?

Most analysts think not, not yet at least. Unlike previous verbal broadsides, Xi’s speech in the Great Hall of the People avoided an overt threat of force to defeat those he calls “independence separatists”. The People’s Liberation Army navy is building amphibious assaults ships and landing craft needed for an invasion. Chiu Kuo-cheng, Taiwan’s defence minister, predicts Beijing will be ready to attack by 2025.

For now, Xi seems to be biding his time, conscious of the consequences of armed conflict, including possible confrontation with the US, whose longstanding policy of “strategic ambiguity” grows less and less ambiguous. Washington does not recognise Taiwan as an independent state yet increased arms sales, diplomatic contacts and the presence of US special forces and marines, revealed last week, reflect a deepening commitment.

This is raising questions in Congress and among allies over whether US policy on China, and specifically Taiwan, under Joe Biden is drifting alarmingly. In many respects, for example, trade sanctions, Biden has maintained Donald Trump’s tough approach. He has spoken of “extreme competition” between the two countries, expressed “rock solid” backing for Taiwan and rallied the UK and Nato countries in support. Yet as Richard Haass, president of the US Council on Foreign Relations, points out, contradiction and confusion bedevil US thinking. “Deterring China will require sustained increases in military spending and a greater willingness to use force… Many Republicans but few Democrats back the former; few in either party seem ready to sign up for the latter,” he wrote recently.

Xi’s advisers are undoubtedly aware of this ambivalence. They know Biden wants and needs China’s help in tackling issues he cannot handle alone: the climate crisis, global health, nuclear proliferation and regional challenges such as Afghanistan and Korea. They also know he faces a momentous domestic agenda that is in peril of coming unstuck ahead of midterm elections.

These considerations help explain the seemingly disdainful attitude adopted by Chinese officials when they met Jake Sullivan, Biden’s national security adviser, in Zurich last week. Taiwan topped the agenda. Both sides subsequently reiterated their commitment to a peaceful solution. But Biden’s renewed request for direct talks with Xi again met with a cool response. There may or may not be a Zoom chat before year’s end. This standoffishness is worrying. It suggests Xi may overestimate the strength of his position. It points to possibly fatal future miscalculations. China’s de facto president-for-life has accumulated a level of dictatorial power unmatched by any leader since Mao and no one should doubt his determination to subjugate Taiwan and secure his legacy by completing the unification of communist China 100 years after its birth.

But therein lies the danger. After decades of growth and expanding influence, Xi’s China is running out of gas, literally. Its economy is slowing amid chronic energy shortages. State debt is spiralling, productivity is falling and the workforce is ageing. Food insecurity is growing in an environmentally damaged land that is the world’s largest food importer. Meanwhile, China grows short of friends, thanks to Xi’s aggressive policies and “wolf warrior” diplomacy.

A China fearful its dreams of power and glory may be dashed. A divided America that doesn’t know its own mind. A defiant Taiwan symbolising the global ideological struggle between democracy and authoritarianism. These are the ingredients of disaster. Recognising and addressing them now could prevent future catastrophe.