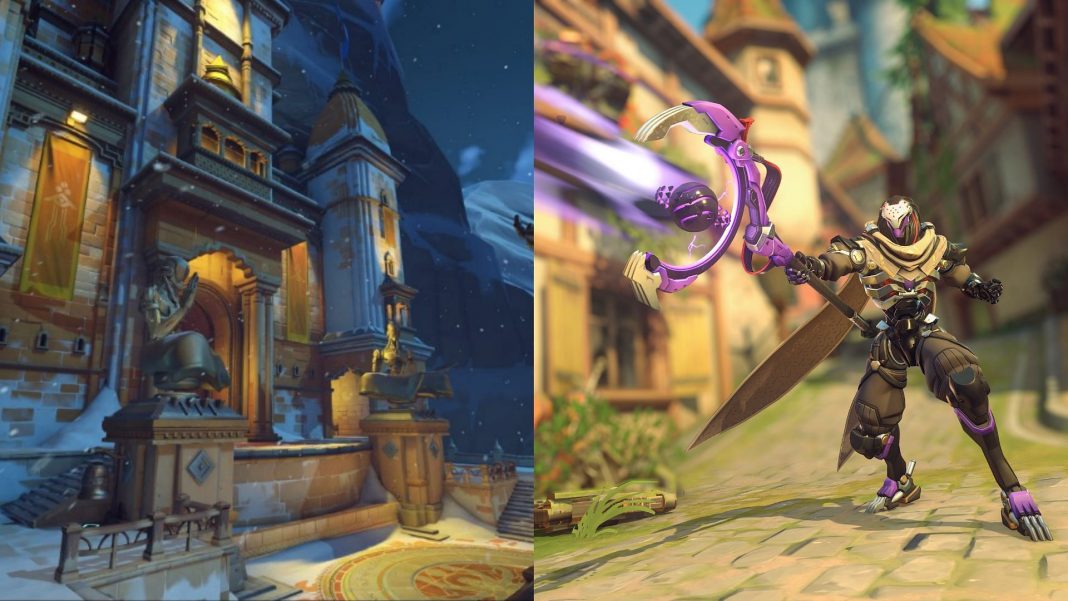 Blizzard officially announced that Overwatch 2 Season 2 will be released on December 6. The fact that the developer is committed to providing regular seasonal updates is one of the key differences between the latest offering and its predecessor.

Players can anticipate a new wave of content that includes new heroes and maps, as well as a completely new Battle Pass and a ton of epic bundles for all of the game’s characters.

Overwatch 2 Season 2 will begin as soon as the first season of the game concludes. Blizzard recently provided fans with a closer look at all the new gameplay of the latest hero, Ramattra. They provided information about the skin offerings, balance adjustments, and an introduction of Shambali Monastery, the latest map.

This article will explore all the upcoming map content in further detail as Season 2 approaches.

Season 2 will make its highly anticipated premiere on December 6. Along with their new hero Ramattra, the game will undergo a lot of adjustments. The content update will include a new hero, map, Battle Pass, cosmetics, and other features.

The most recent Overwatch 2 Season 2 trailer and a brand new blog post from Blizzard both contained this information. Alongside previous favorites, the game’s regular rotation will include the tank hero Ramattra and the Shambali Monastry map.

Since the developers revealed the new map Shambali Monastery, which will be included in the game in the forthcoming season, fans have been impatiently waiting for more information.

During the Omnic Crisis, Shambali founded the Monastery deep within the Himalayas. According to the game’s backstory, it is Zenyatta and Ramattra’s home. The latter was the Omnic extremist organization Null Sector’s leader. These Omnics appear to have taken refuge beneath the Monastery walls.

The matches on the map appear to take place at night, with fire lamps lighting up various regions and environs, making the map visually appealing. Shambali Monastery will be available in Escort Mode.

Additionally, Overwatch 2 Season 2 will see the return of Blizzard World, the most epic place on earth, and the fan-favorite map, Rialto.

Rialto is an Escort map that takes place primarily in three places: the Grand Hotel and Courtyard, the Rialto Bridge and Dock, and the Talon Headquarters. It shows exactly where tourists may enjoy some local cuisine, take a leisurely gondola ride, visit the Galleria D’arte Omnica, or simply stroll alongside the canal to take it all in.

Blizzard World is an epic park that is styled after the worlds created by Blizzard Entertainment and is constructed in Irvine, California. It has a hyperloop line connection. Recently, the weather forced the closure of some of its rides. It is available in the Payload Mode and starts off in the Warcraft staging area.

Maps Oasis and Nepal will also be accessible in the next season. Hollywood and Watchpoint: Gibraltar will alternately be taken out of the existing map pool. Fans will still be able to enjoy the off-rotation maps in custom games.