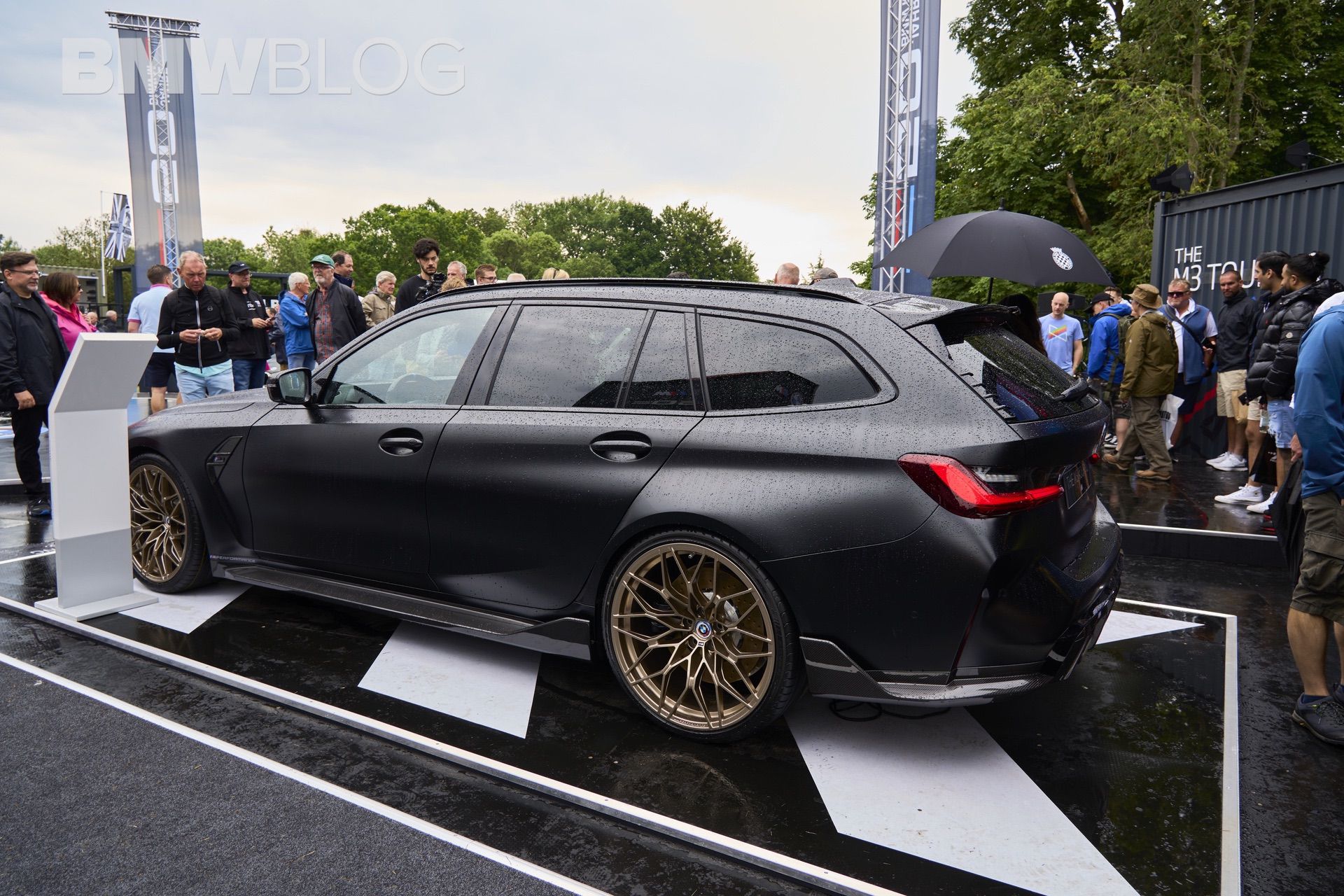 BMW is putting on quite the show this year at the 2022 Goodwood Festival of Speed to properly celebrate 50 years of M. Taking center stage is the first-ever M3 Touring, joined by its MotoGP Safety Car sibling unveiled earlier today. We’re attending the annual show held in West Sussex to bring you live shots of the performance wagon enthusiasts have been dreaming about for years on end.

No fewer than three M3 Touring builds are showcased, and we’d like to bring the Frozen Black car to your attention. Not only does it have a BMW Individual paint, but it also has an assortment of optional M Performance Parts made from carbon fiber. If you want to see the performance wagon with the centrally mounted exhaust tips, look no further than the MotoGP Safety Car. 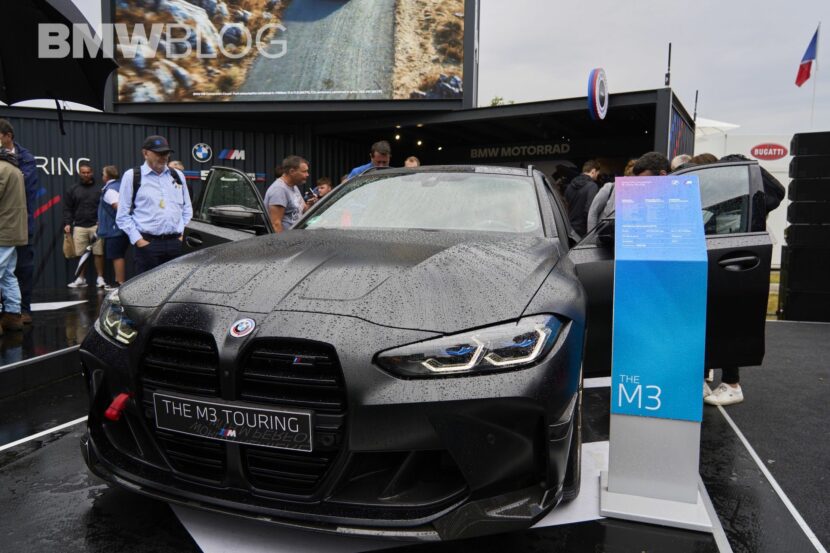 The sinister M3 Touring certainly looks the part and yet it indirectly rubs salt into the wound of Americans not being able to buy the car. BMW never homologated the 3 Series Touring G21 for the US market and therefore isn’t planning to spend the money crash-testing the equivalent M version (G81) either. The company has stated Germany and UK will be the car’s main markets, with plans to sell the M3 Touring in Japan, South Korea, Australia, Belgium, Switzerland, and other countries.

If recent reports are to be believed, the current-generation 3 Series – which was recently facelifted – will have a longer-than-usual life cycle. Rumors say production has been extended until 2026 or even 2027, so there should be plenty of time to buy the M3 Touring where the speedy estate is going to be offered. Series production starts in November, but BMW will happily take your order from September.

Mirroring its main competitors, the Audi RS4 and next-generation AMG C63 Estate, the M3 Touring will be sold strictly with all-wheel drive and an automatic transmission. As denoted by the Competition badge, the car is going to be offered exclusively in the more potent specification.

86% of Stablecoin Issuer Tether Was Controlled by 4 People as of 2018: WSJ

Thank You, Hi-Fi Rush, For Sparing Us From Video Game Marketing

One person dead after shooting at Holyoke Mall, suspect in custody