Following the price leak from yesterday, the upcoming Samsung Galaxy A52s 5G is in the news again today, this time because a bunch of official-looking renders portraying it have been leaked.

It’s shown in all four colors that it’s supposedly going to be available in: Awesome Mint, Awesome Black, Awesome White, and Awesome Purple. Compared to its predecessor, the Galaxy A52 5G, the green/mint hue is new, replacing the blue version – all the other options are the same. 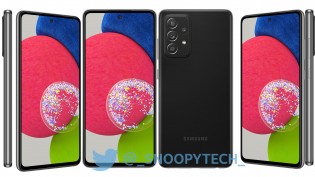 The design seems pretty much identical too, as the mere addition of the lowercase “s” to the A52’s name already implied. So far a benchmark run has revealed that the A52s 5G will be powered by Qualcomm’s Snapdragon 778G SoC, which would make for a noticeable performance improvement compared to the Snapdragon 750G employed by the A52 5G. 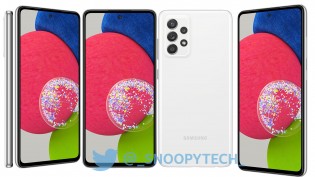 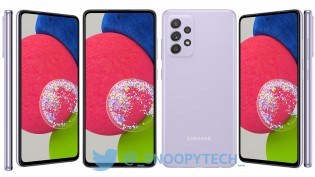 The Galaxy A52s 5G will apparently only be offered in one configuration, with 128GB of built-in storage. It’s still unclear if there are any other differences between it and the A52 5G, but since the leaks have pretty much started rolling now, we expect more details to arrive shortly. Samsung could also do the world a solid and announce this new phone already.

Dow Jones Falls 260 Points Ahead Of Fed Meeting, Big Earnings; What To Do Now