New York lawmakers voted Wednesday on extending an eviction moratorium for tenants who are behind on rent because of the pandemic, as almost $2.3billion in rent relief funds go unused.

The moratorium was also modified after the Supreme Court last month struck down part of the law.

Gov. Kathy Hochul called the Legislature to return with a goal of putting evictions on hold until January 15.

The program was approved in April, and opened to applications on June 1, but as of August 23, only $203million of those funds had been distributed.

According to US Treasury estimates, 28 percent of New Yorkers behind on rent who applied to the program were still waiting a response, while 70 percent had yet to apply.

New York lawmakers prepared to vote on an extension to the state’s moratorium on evictions Wednesday. Pictured: protesters in New York City on August 31 called on Gov. Kathy Hochul to extend the moratorium 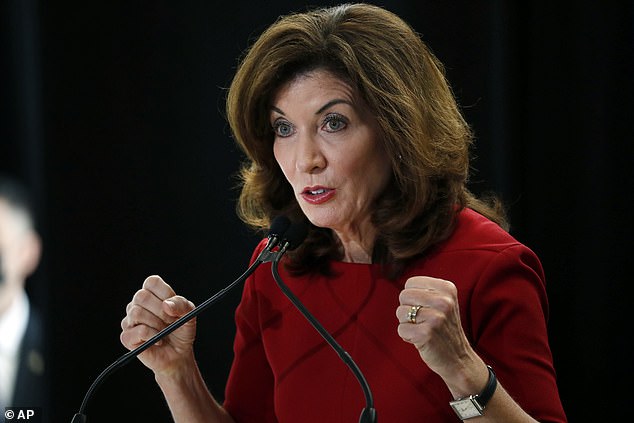 In making her case for calling the session, Hochul said she believed that a number of New Yorkers could go homeless if evictions were allowed to proceed.

‘We are not going to exacerbate what is already a crisis in terms of the homelessness problem,’ she said.

‘We are not going to allow people who through no fault of their own lost income, not able to pay and facing eviction.’

According to a survey by the US Census Bureau, as many a 700,000 or 21 percent of New York renters are behind on rent, totaling nearly $2.3billion in debt. 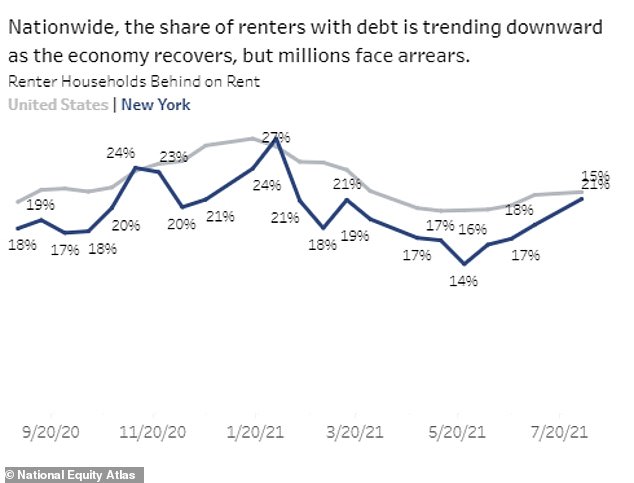 As many as 21 percent, or 700,000 New York renters are behind on rental payments, according to the US Census Bureau 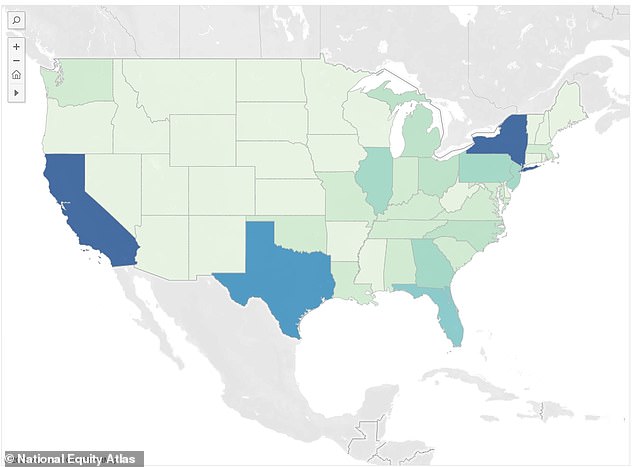 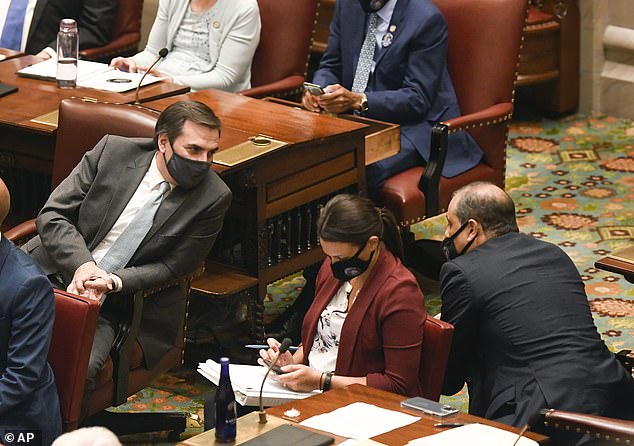 State Senate lawmakers discussed the bill Wednesday. They planned to modify it after the Supreme Court struck down part of the previous moratorium

New York trails only California, which has more than 750,000 people behind on rent, totaling more than $2.8billion in debt.

In an August 12 ruling, the US Supreme Court nixed part of the law that allowed tenants to pause eviction proceedings simply by filing a form declaring they’d had a pandemic-related hardship.

The court said that landlords should have the ability to challenge those hardships in court.

The new bill allows landlords to contest applications for tenants they believe have not suffered economic hardship in court.

Landlord groups and state Republicans, however, say the change does not go far enough. 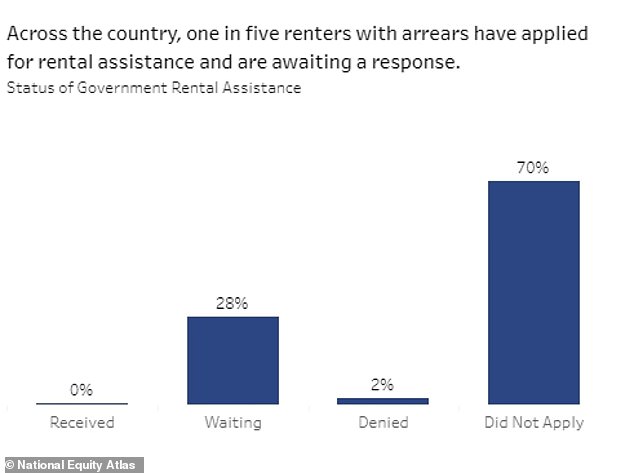 The extension is also intended to give the state more time to distribute the roughly $2.3billion in rental assistance funds it has allocated

‘We are going to ask our attorney to make a motion to enforce the Supreme Court order and to stay the new legislation,’ Joseph Strasburg from the Rent Stabilization Association, a landlord group, told CBS 2.

‘The issue is that we have a ton of property owners many of whom are not wealthy. They’re middle-income folks. They are cops, business owners, moms and dads, military veterans, who haven’t received rent in almost two years,’ said State Sen. Rob Ortt the station.

In a separate ruling on August 17, the Supreme Court struck down a federal moratorium on evictions, which also expired on Tuesday.

Hochul has vowed to get the aid relief money out more quickly.