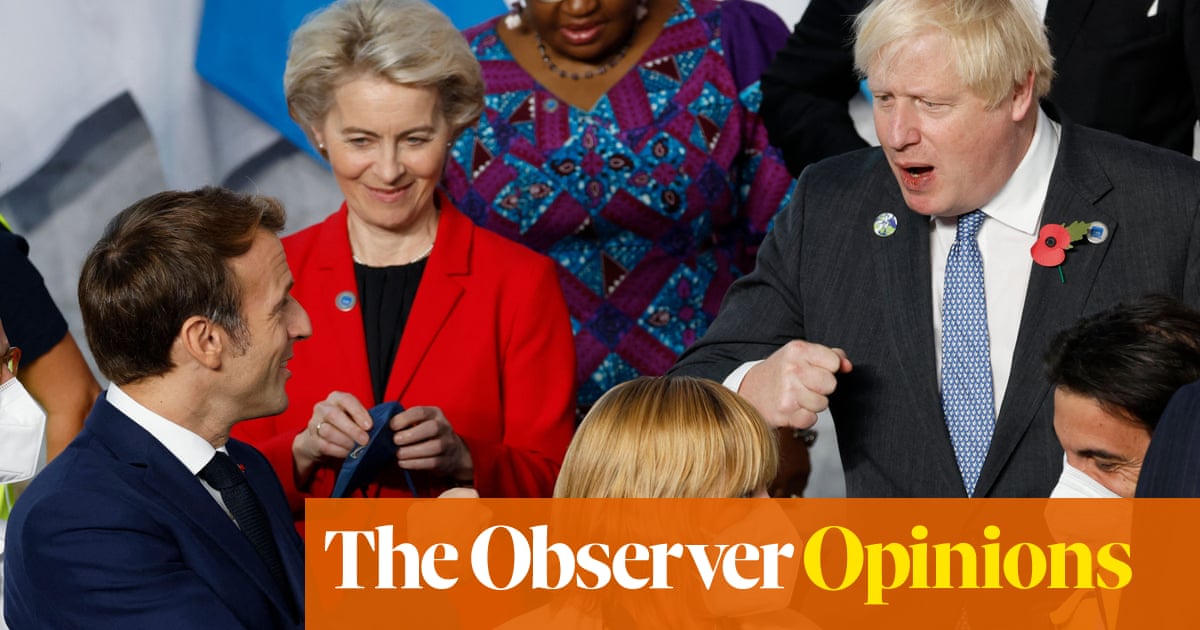 To publicly accuse a long-time friend and ally of lacking credibility and breaking his word whenever its suits him is disobliging at the best of times. To do so on the eve of a watershed global summit, Cop26, which your “friend” is hosting and where trust is vital, looks like a verbal act of war.

Whether the accuser, Emmanuel Macron, France’s centrist president, deliberately sought to escalate his confrontation with Boris Johnson over fishing licences is unclear. He probably did. He knows his words are potentially deeply damaging as Britain struggles to achieve a breakthrough in Glasgow. But Johnson has become his bete noire.

For him, Johnson is an opportunist, a rightwing nationalist-populist, an anti-European – in short, an unscrupulous, unprincipled bounder. The problem with this latest iteration of perfidious Albion, an abiding theme in French politics, is that, in significant ways, Macron himself is not so very different.

Both men come from elite backgrounds: Sciences Po and the Ecole Nationale d’Administration versus Eton and Oxford. Both are ace disrupters of traditional conservative politics. Both entertain grandiose visions of their country’s place in the world, rooted in vanished glories. Neither is above shaping policy for personal advantage.

George Eustice, the environment secretary, suggests that is what Macron is doing now: using the totemic issue of fishing rights to boost his re-election chances in April. It’s true no one in France ever lost votes by bashing the English. General Charles de Gaulle, a Macron role model who owed much personally to Britain, knew that well.

Johnson is playing politics with fishermens’ livelihoods, too. The dispute could easily be sorted with a bit of goodwill and common sense. Jean-Marc Puissesseau, speaking for the ports of Calais and Boulogne, told the BBC that only about 40 small boats were affected – a “drop of water in an ocean”. But Johnson made extravagant promises to the UK fishing industry in the referendum campaign. As a symbol of Brexit, it may suit him to keep the lobster pot boiling.

His laconic response to French threats to cut cross-Channel trade and electricity from Tuesday, which he called “puzzling” and “disappointing”, was infuriatingly patronising. This, one imagines, is how he talks to the women in his life when they get upset, which they reportedly often do. “Now, now, Emmanuel, you’re getting emotional. Don’t overreact.”

So far, the US president has disappointed both. The Aukus alliance excluding France was a blow to Macron, now partially repaired. Biden’s refusal to advance a US-UK free trade deal was a big setback for Johnson.Now, preening and posturing, leaders of two of the world’s most influential countries risk letting their rivalry spill over into crucial Cop26 negotiations.

Microsoft is rolling out its future of Outlook

Microsoft is rolling out its future of Outlook