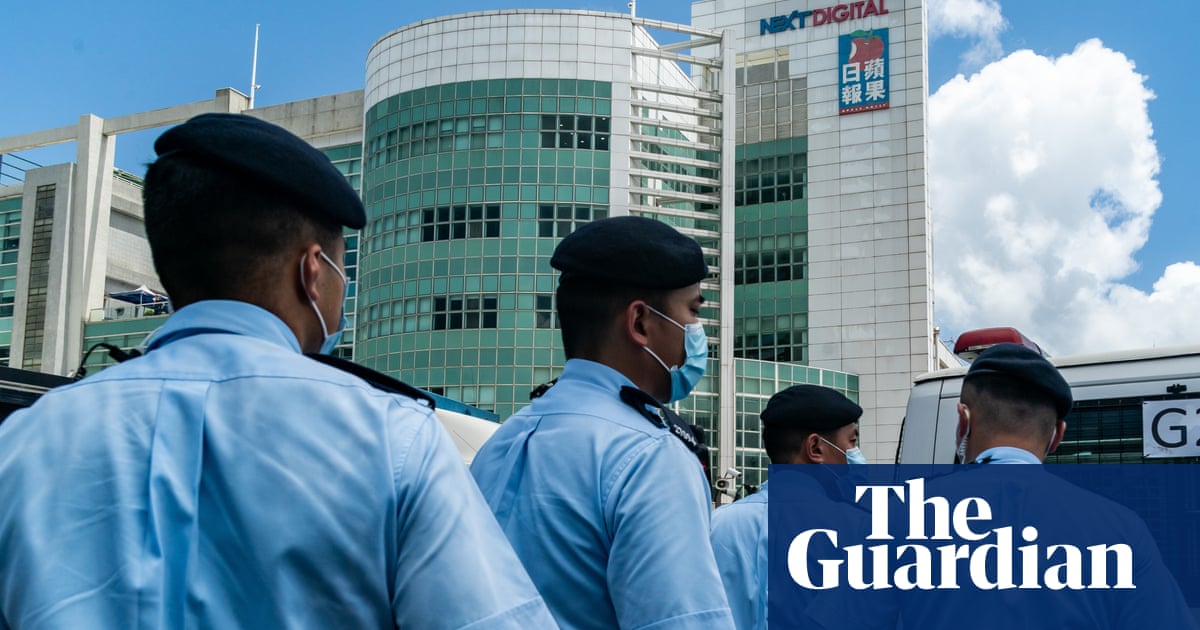 Hong Kong media group Next Digital Ltd has announced that it aimed to go into liquidation and its board of directors had resigned to facilitate the process.

Next Digital is owned by jailed tycoon Jimmy Lai and was the publisher of Apple Daily, a popular pro-democracy newspaper that closed in June after its newsroom was raided by police officers investigating whether some articles breached a national security law introduced in Hong Kong by Beijing last year.

The company’s assets were frozen as part of the national security investigation and its shares have been suspended from trading since 17 June.

In a filing to the Hong Kong bourse late on Sunday, Next Digital said the best interests of shareholders, creditors, employees and other stakeholders would be served by an orderly liquidation.

The company’s CEO, who was arrested at the time of the raid related to the security law breach investigation, and its chief financial officer had resigned in July.

Next Digital said it hoped the resignations of the remaining board members would result in liquidators being allowed by the Hong Kong government to authorise payments that directors were banned from approving, including for creditors and for former staff.

It also said it hoped that liquidators would be able to conclude value-creating transactions that would generate funds to benefit creditors.

The company said the Hong Kong government had never indicated which articles published by Apple Daily allegedly violated the national security law, and the uncertainty created a climate of fear, resulting in many resignations, including by those responsible for the regulatory compliance duties of the publicly traded company.

“We observe that the events affecting the company and its people following the invocation of the national security law occurred despite there having been no trials and no convictions,” it said. “Under this new law, a company can be forced into liquidation without the involvement of the courts.

“As Apple Daily often observed, Hong Kong people have a collective memory of what life was like elsewhere when freedom of speech was denied: no other rights are safe.”

Critics of the national security law, introduced in June 2020, say it has been used to muzzle dissent and erode fundamental freedoms, including those of the media, in the former British colony that returned to Chinese rule in 1997.

Authorities have denied the erosion of rights and freedoms, including the media, in Hong Kong, but said acts that endangered China’s national security crossed a red line. Security officials have said law enforcement actions are based on evidence and have nothing to do with an individual’s background or profession.