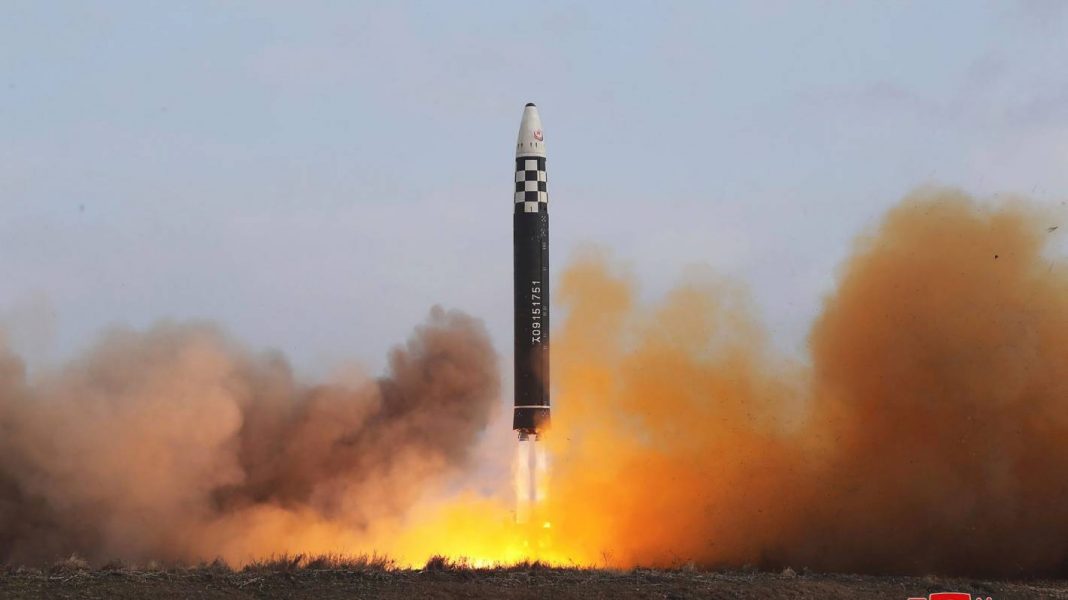 ANALYSIS: Since the world’s second-largest crypto exchange, FTX, declared bankruptcy earlier this month, the flow-on effects have been felt far and wide.

But among the many victims are also some not-so-innocent parties. For North Korea, a country facing heavy sanctions, cryptocurrency theft has been a (relatively) simple way to fund the country’s expanding nuclear arsenal.

But with the general downturn in the crypto market, coupled with the recent FTX collapse and myriad other pitfalls, analysts estimate North Korea has probably lost most of its crypto haul.

Can we expect its nuclear weapons development to come to a halt, or slow down? It seems unlikely.

What North Korea’s hackers have been up to

While nobody knows exactly how many North Korea-backed hackers there are, experts have estimated Kim Jong Un has between 6000 and 7000 working both inside and outside the country.

North Korea has invested in its national cybercrime arsenal for some 15 years. It’s almost impossible for an organisation to defend itself against an army of this size and calibre once it comes charging.

In 2016, Lazarus hackers came close to stealing US$1 billion (NZ$1.58b) from Bangladesh’s national bank – but a typo in the computer code meant they only got away with US$81 million.

According to Chainalysis, North Korean hackers have stolen an estimated total of about US$1b in cryptocurrency this year. A large chunk of this would have come from Lazarus’ massively lucrative heist against NFT-based online game Axie Infinity. In April, US authorities held the group responsible for stealing US$620m in cryptocurrency from the game.

For context, it’s estimated North Korea only earned about US$142m from trade exports in 2020.

Okay, so how much has it now lost?

It’s difficult to say exactly how much cryptocurrency has been stolen (and used) by North Korean hackers – and therefore how much might remain.

In June, blockchain analyst and former FBI analyst Nick Carlsen told Reuters one of North Korea’s crypto caches had lost 80-85% of its value in a number of weeks, falling to less than US$10m.

Losses will have intensified following the FTX collapse. According to a Chainalysis report, in January North Korea held about US$170m in stolen unlaundered cryptocurrency, taken from 49 hacks conducted from 2017 to 2021. It also claims Ether was the most common cryptocurrency stolen by North Korea in 2021, making up 58% of the total theft.

Ether’s value fell by more than 20% following the FTX crash, and remains low. It’s reasonable to expect North Korea will wait before cashing out. When it does, experts looking on will be in a better place to figure out how much it has.

The United States, South Korea and Japan have been warning North Korea against conducting a seventh nuclear test. But Kim Jong Un doesn’t seem to be letting up. On Saturday (local time), at the launch of North Korea’s largest ballistic missile yet, he told state media the:

“Ultimate goal is to possess the world’s most powerful strategic force, the absolute force unprecedented in the century.”

International sanctions and border closures due to Covid-19 have made it difficult for North Korea to trade and generate funds through other means – which makes the cryptocurrency market an attractive target.

Cryptocurrency remains unregulated by most countries’ governments. At the same time, transactions can be made quickly, and allow more anonymity than transactions made through traditional banking systems.

It’s also easier to hack a cryptocurrency exchange than it is to hack a bank. The latter are almost always bolstered by advanced security barriers and sometimes require in-person appearances.

No more missile tests, for now?

North Korea has also had financial support from supporters in South Korea who follow the “Juche” ideology – the same Marxist-Leninist-adjacent political philosophy imposed in North Korea.

As long as North Korea can glean financial benefit from China, and other avenues as mentioned above, it’s unlikely to stop its plans.

This article is republished from The Conversation under a Creative Commons licence. Read the original article here.

Opinion: Zuckerberg and Intel are shipping the proceeds from their layoffs straight to Wall Street

These Apple-like Target Tech Accessories Are 50% Off Right Now