Is Biden’s entire agenda about to shrink into nothingness? | Robert Reich 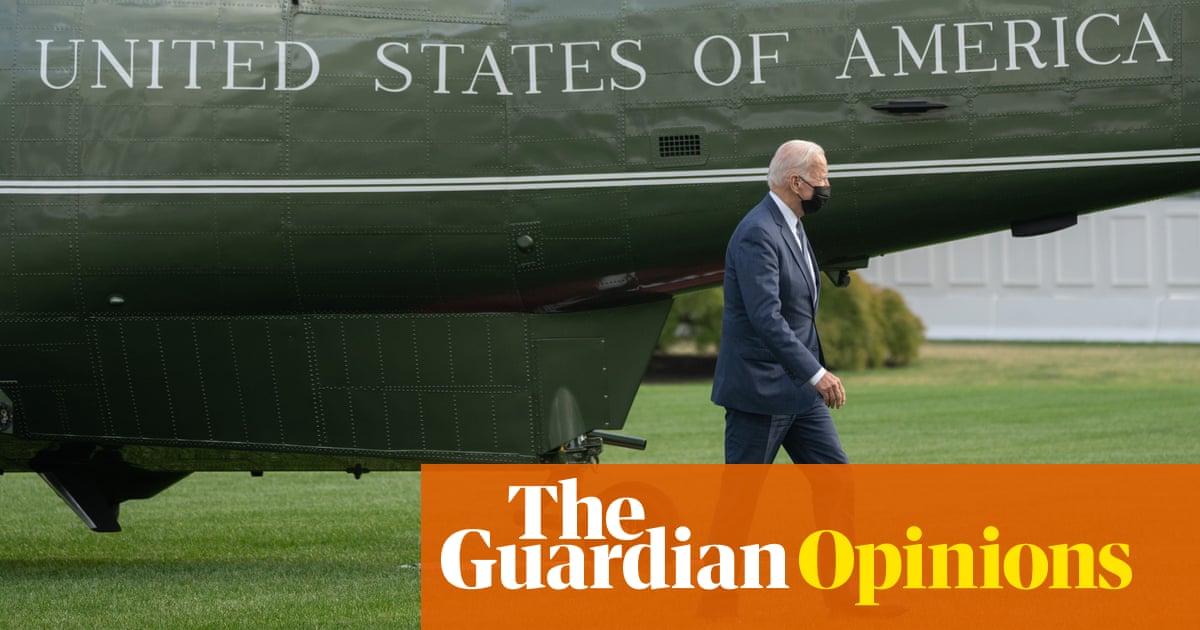 This week, Democrats either reach an agreement on Biden’s social and climate agenda or the agenda may shrink into meaninglessness. The climate measures in particular need to be settled before Biden heads to Scotland for the UN climate summit this weekend, so other nations will see our commitment to reduce carbon emissions.

On Sunday, Biden met with key Democrats to work out spending and tax provisions. Yet every senate Republican and at least two senate Democrats continue to assert that Biden’s agenda is too costly.

Too costly? Really? Compare the Biden’s social and climate package’s current compromise tab of $2tn (spread out over the next 10 years) with:

The $1.9 trillion Trump Republican tax cut that went mostly to the wealthy and large corporations.

Americans were promised that its benefits would “trickle down” to average workers. They didn’t. Corporations used them to finance more stock buybacks. The wealthy used them to buy more shares of stock (and shares of private-equity and hedge funds).

The Trump Republican tax cut should be repealed to pay for Biden’s social and climate package. There is no good reason to retain it. But no senate Republican will vote for its repeal, nor will Arizona’s Kyrsten Sinema – making it a political non-starter in a chamber where Democrats have just half the votes.

The $2.1 trillion that America’s 750 billionaires have raked in just since the start of the pandemic.

You might think that at least a portion of this windfall should help pay for Biden’s agenda since much of it has been the result of monopoly power (for example, Amazon’s dominance over e-commerce during the pandemic).

Oregon Senator Ron Wyden, chair of the Senate Finance Committee, is proposing a “Billionaires Income Tax,” to be paid by the roughly 750 Americans with $1bn in assets or $100m in income for three consecutive years. It would be a yearly tax on the increasing value of their assets – such as stocks and bonds – regardless of when they sell. They could still write off losses every year. Interestingly, neither Sinema nor West Virginia Senator Joe Manchin, the other holdout, has voiced opposition to Wyden’s proposal.

The nearly $8 trillion we’ll be spending on the military over the next 10 years.

The United States already spends more on our military than the next 10 biggest military spenders in the world combined.

Last week, the Senate Appropriations Committee unveiled a nearly $726bn budget for the Defense Department in 2022. That was about $20bn more than Biden requested. Some $14bn in other funds are set aside for the Pentagon in separate military construction and energy appropriations bills, bringing the total budget to about $740 billion. Over ten years, that comes close to $8tn.

Talk about bloat and waste: That military budget includes 85 F-35 fighters costing a total of $1.5tn. The F-35 is so plagued with problems that the current chairman of House Armed Service Committee calls it a “rathole,” and the Pentagon’s own official who’s responsible for the acquisition of weapons systems says spending more on it is “acquisition malpractice.”

But you don’t hear about this in the media because Democrats routinely join Republicans to vote for the military budget – it’s truly bipartisan bloat — and the media tends to report only on controversies.

Considering these three gigantic pots of money, how is it possible for anyone to argue that America cannot afford to spend what’s needed for childcare, education, paid leave, or to reduce climate change?

The short answer: it’s not possible. Biden’s plan is easily affordable by the richest nation in the world.