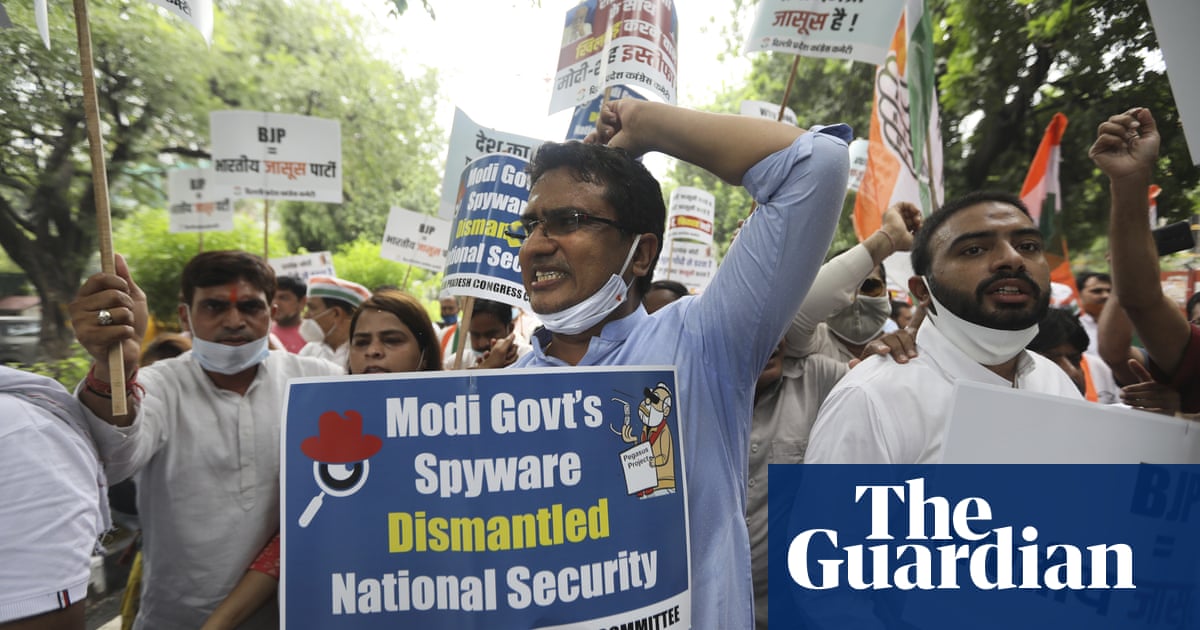 India’s supreme court has ordered an inquiry by an independent committee into the question of whether the government used Pegasus surveillance software for illegal spying.

For the domestic opposition, civil rights activists and the journalists who have been demanding such an inquiry in the face of stonewalling by the government, Wednesday’s ruling came as a victory.

The committee will comprise three cybersecurity experts and its work will be overseen by a retired supreme court judge. It will submit its report in two months.

In announcing their decision, the judges criticised the government’s refusal to divulge, on the grounds of national security, any details of what the software was used for and why. They said Delhi had offered “only a vague … denial of allegations”.

“The state cannot get a free pass every time by raising national security concerns. No omnibus prohibition can be called against judicial review,” the judges said.

Siddharth Varadarajan, the founder-editor of India’s non-profit the Wire website that has worked with the Guardian on the Pegasus project, welcomed the decision. “It’s a good start. The supreme court has rightly refused to buy the government’s ‘national security’ logic,” he said.

The opposition in India has accused the Narendra Modi government of treason and “unforgivable sacrilege” over the reports from the Pegasus project revealing that several journalists, activists, and an election strategist had their phone numbers included in a data leak of more than 50,000 numbers.

The stories revealed details of hundreds of verified Indian phone numbers that appear in the leaked records of numbers and include that of the opposition leader Rahul Gandhi.

The Pegasus project, an investigation into the Israeli spyware maker, NSO Group, was led by a consortium of 17 news outlets that included the Guardian, Washington Post and the French nonprofit Forbidden Stories.

NSO has said its hacking software is only meant to be used by government clients to conduct legitimate investigations into serious crime. The company has said it conducts thorough investigations of allegations of misuse when it receives “credible information”.

The Indian government has said very little on the scandal, largely confining itself to accusing those making the allegations of trying to discredit the country and malign Indian democracy with their “anti-India agenda”.

During earlier hearings, the government had offered to form its own panel of experts but this was rejected on Wednesday by the judges, who began the hearing by noting the “Orwellian concerns” about the misuse of technology.

The judges said indiscriminate spying could not be allowed and highlighted the “chilling” effect it could have on freedom of speech and freedom of the press.

They were compelled, they added, to “determine the truth and get to the bottom of the issue”.

iOS 16.1 Will Give Us the iPhone Battery Icon We All Wanted