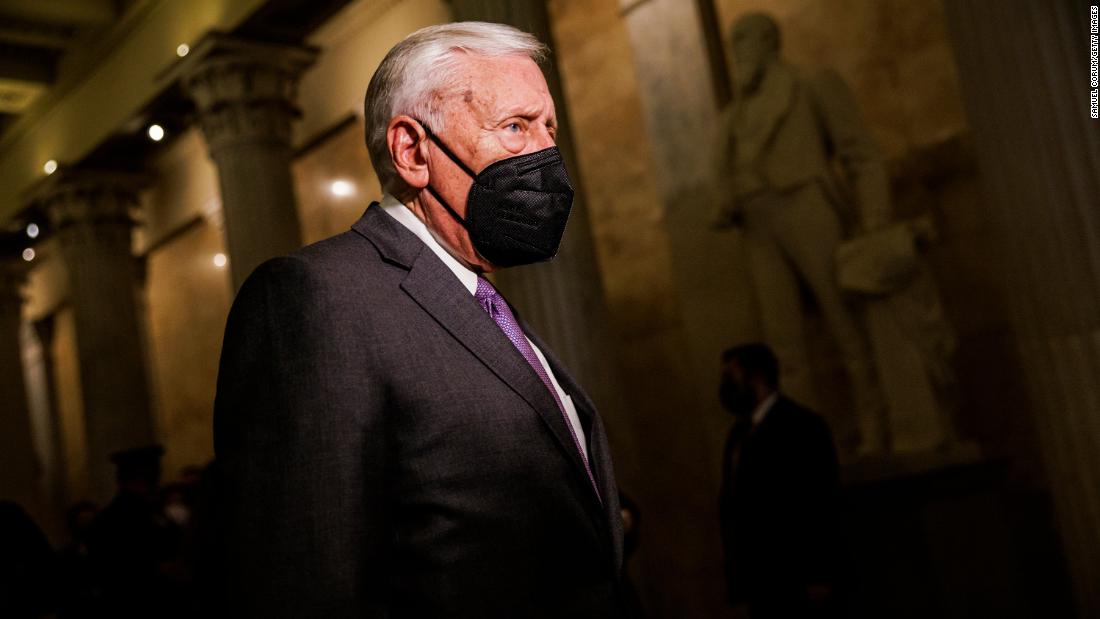 House Majority Leader Steny Hoyer, a Maryland Democrat, told reporters on Tuesday that he plans to bring a stopgap funding bill, known as a continuing resolution, to the House floor for a vote as soon as Wednesday.

“I expect to bring to the floor a continuing resolution as early as tomorrow to keep the government funded,” Hoyer said during his weekly pen-and-pad meeting with reporters.

Congress is up against a government funding deadline lawmakers set for themselves earlier this year when both chambers passed a bill to extend funding through December 3. President Joe Biden signed that measure into law at the end of September.

Republicans and Democrats have been working in recent days to negotiate how long the funding extension should last — and as of Tuesday evening had not publicly released a finalized stopgap measure.

Hoyer blamed the Senate for the hold up, saying later in the day, “We’re waiting for the Senate to decide what date they can agree on, which is ridiculous.”

“The government is going to shut down in 72 hours and they can’t get their act together,” he said.

But so far there is bipartisan confidence that there will not be any major issues with extending funding and a shutdown at the end of the week will not happen.

Senate Minority Leader Mitch McConnell predicted on Tuesday that the government will not shut down.

“We won’t shut down,” McConnell told reporters, saying that Republicans are still engaged in discussions over how to structure a stopgap funding measure to avert a shutdown.

“I think we’ll get there and certainly nobody should be concerned about a government shutdown,” he said.

Government funding is only one of several time-sensitive policy issues that lawmakers must deal with in the coming weeks. There is also a looming debt limit deadline on December 15.
It is not yet clear how that issue will be resolved, but McConnell said on Tuesday that he believes there will not be a default and that he has been discussing a path forward with Senate Majority Leader Chuck Schumer.

“First, let me assure everyone, the government will not default, as it never has. Second, the majority leader and I have been having discussions about the way forward,” he said.

us stocks: Wall Street Week Ahead: Bruised US stock investors brace for more pain in second half of 2022