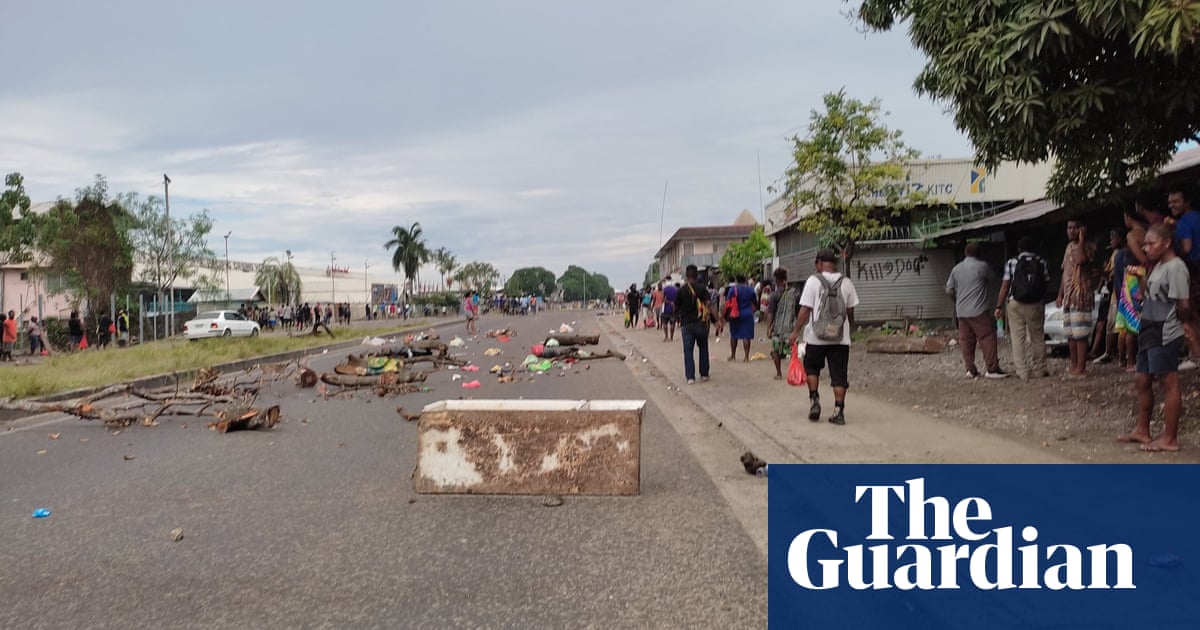 Protesters defied a 36-hour lockdown imposed in the wake of Wednesday’s unrest and again took to the streets on Thursday targeting police and businesses in the capital’s Chinatown area, a Honiara resident told AFP.

The man, who did not want to be named, said police had erected roadblocks but the protests showed no sign of abating more than 24 hours after erupting outside parliament.

Other witnesses posted images on social media of smoke rising from the capital and said Chinese-owned businesses were being targeted.

The latest disturbance came after several hundred demonstrators torched buildings, including a police station, and looted stores on Wednesday after marching on parliament to demand Sogavare’s resignation.

Sogavare ordered an immediate curfew across Honiara, set to run until 7am on Friday, describing the unrest as a “sad and unfortunate event aimed at bringing a democratically elected government down”. He said those responsible “will be taken to justice and they will face the full brunt of law”.

Most of the protesters in Honiara are reportedly from the neighbouring island of Malaita.

People on the island have long complained of neglect by central government and strongly opposed the Solomons’ decision to switch diplomatic allegiances from Taiwan to China in 2019.

Opposition leader Matthew Wale called for Sogavare to step down, saying the unrest would not be quelled by a police-enforced lockdown.

“Regrettably, frustrations and pent up anger of the people against the prime minister are spilling uncontrollably over on to the streets, where opportunists have taken advantage of the already serious and deteriorating situation,” he said in a statement obtained by AFP.

“The 36-hour lockdown is yet another reactionary response that is not the solution to the current situation.”