After Judge Williams posted her ruling on Monday, the state of Florida was quick to appeal her ruling at the Eleventh Circuit Court of Appeals on Tuesday. Unsurprisingly so as the judge ruled in favor of NCLH on many of the points the cruise company made in the lawsuit.

For now, the judge has granted Norwegian Cruise Line a stay. Meaning the cruise line can ask for proof of vaccination on its cruises from Florida, starting with Norwegian Gem on August 15, if the ruling makes it through the appeal launched by Florida.

In Judge Williams’ ruling it became clear that Norwegian Cruise Line is arguing the ban on vaccination proof is a breach of the first amendment. Judge Williams’ stay order said the ban on vaccination proof violates First Amendment rights of free speech by barring businesses from requiring vaccine documentation but not requiring customers to present other medical documents or respond to oral questions about whether they are vaccinated.

Governor DeSantis’ press secretary Christina Pushaw released a statement that said the ban has nothing to do with freedom of speech:

“We disagree with the judge’s legal reasoning and will be appealing to the Eleventh Circuit Court of Appeals. A prohibition on vaccine passports does not even implicate, let alone violate, anyone’s speech rights, and it furthers the substantial, local interest of preventing discrimination among customers based on private health information.”

According to Judge Williams, there is no basis for a discrimination case:

“If combatting discrimination were the goal, merely banning the exchange of COVID-19 vaccination documentation is an ineffective way to accomplish this objective. Because the law does not directly prohibit the treating of unvaccinated persons or those who decline to verify their vaccination status by businesses and employers differently.”

Governor DeSantis has been evident in his opposition to the Conditional Sail Order and the proof of vaccination the cruise lines need to ask for to comply with the CSO. Both for a lawsuit against the CDC and the lawsuit with Norwegian, the Governor has made it clear he will take the cases to the supreme court if necessary.

What Are The Consequences For Norwegian Cruise Line?

A ban on proof of vaccination could have far-reaching consequences for Norwegian Cruise Line. Judge Williams argued in her ruling that Norwegian had successfully shown the damage it would sustain financially, but also to its reputation if Florida enforced the ban:

“​​As previously explained, the undisputed record establishes that without a preliminary injunction, NCLH would likely be forced to cancel the itinerary for the Norwegian Gem and other ships. Mr. Del Rio stated that “the cancellation could cost NCLH approximately $4 million in lost revenues per seven-day cruise.”

Norwegian Cruise Line, through CEO Frank Del Rio, has said repeatedly it would be taking its ships out of Florida if needed; however, it does not take away the fact Florida is the capital of cruising:

“We want nothing more than to sail from Miami, the Cruise Capital of the World, and from the other fabulous Florida ports. We welcome today’s ruling that allows us to sail with 100% fully vaccinated guests and crew which we believe is the safest and most prudent way to resume cruise operations amid this global pandemic.”

Norwegian Cruise Line also runs the risk of its reputation being damaged. The cruise line has been vocal about its intent to only sail with fully vaccinated individuals without exemption. Norwegian Cruise Line would have no other option than to cancel its Florida voyages, or leave its vaccination policy behind. Something that will not go down well with the thousands of guests who booked a cruise with the understanding everyone would be vaccinated onboard.

What is the End Game?

Governor DeSantis has been successful already in combating the CDC’s Conditional Sail Order, making it a recommendation instead of a requirement. The governor has maintained his actions are for the cruise lines, both in terms of the CSO and the ban on vaccination proof. However, here Florida was presented with contrasting facts. Not one cruise line has decided to do away with the restrictions in the CSO, and all cruise lines continue to voluntarily follow the rules and regulations laid out in the policies from the CDC.

Also Read: All Norwegian Cruise Line Owned Ships Will Be Sailing By April 2022

The question is then what the State of Florida plans to achieve with an appeal to the NCLH vs. Florida case ruling. The likely answer is that it has little to do with the cruise industry, but rather what a favorable ruling for Norwegian Cruise Line Holdings could mean for all states that have banned a proof of vaccination.

A ruling on the appeal from Florida could be coming soon; however, whatever the outcome, expect the case to take a lot longer than Norwegian Gem’s departure on August 15. 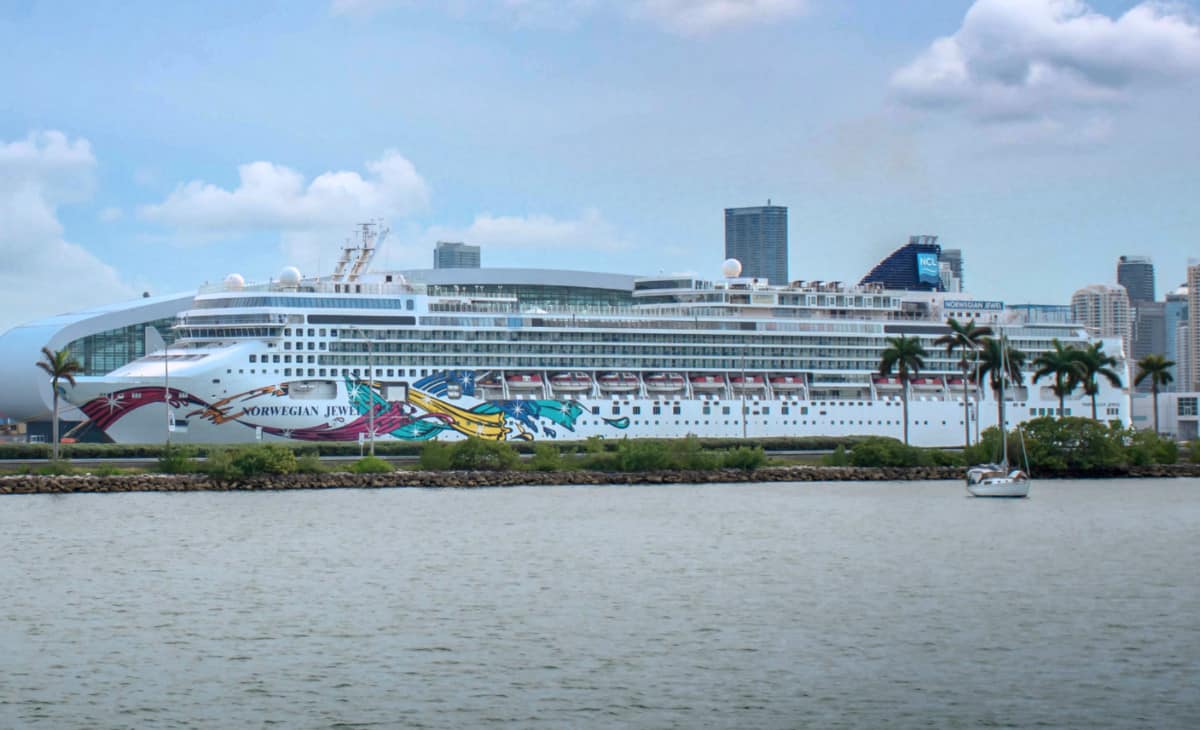