A new trailer for Call of Duty Vanguard has recently been released on the CoD YouTube channel. The trailer promotes the upcoming Alpha, free to access for PlayStation 5 and PlayStation 4 owners. In it, players will be able to play a preview of Call of Duty: Vanguard’s multiplayer through its new mode Champion Hill from August 27 to August 29.

Call of Duty: Vanguard Is Another Big Download on Next-Gen, Could Balloon Much Larger

Sledgehammer Games’ new mode that will debut in Vanguard is a tournament style, multi-map, and multi-life game mode where your squads compete against each other in a round-robin deathmatch tournament. The mission is simple, reduce the enemy squad’s life count to 0 before the same happens to you and your team.

Everyone starts with the same Loadout, and while it can be lethal, collecting Cash—earned by taking enemy lives and picking up drops scattered around the map—will allow you to upgrade your starting weapons and purchase new armaments, equipment, Perks, and Killstreaks during Buy Rounds that happen between Combat Rounds.

Champion Hill also takes place on one large map split up into five sections. Specifically, there is a central Buy Station Area and four arenas for Combat Rounds: the Airstrip, the Trainyard, the Market, and the Courtyard. Once players die, they’ll be able to watch the rest of the tournament unfold from the Buy Station Area. 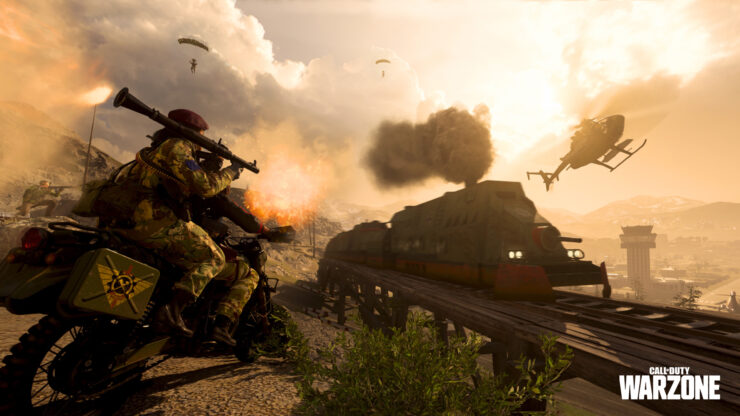 This will be the first hands-on opportunity that Call of Duty fans will have of playing Vanguard. However, Sledgehammer Games wants to learn what players like or dislike about their newly implemented changes to the CoD formula. The Alpha will provide the developers some feedback on a global scale to help them tune and polish the game’s multiplayer before the upcoming beta and launch.

Mark your calendars for the #Vanguard Worldwide Multiplayer Reveal and BETA!

Preloading will begin on August 23 at 3:00 a.m. PT / 6:00 a.m. ET ahead of the Alpha’s launch on August 27 at 10 a.m. PT / 1:00 p.m. ET. Those who own Modern Warfare, Warzone, or Cold War will be able to access the Vanguard alpha through the main menu after it’s downloaded. The players who participate in the Alpha will receive a Calling Card and an Emblem on Vanguard’s full release. The rewards will also be acquirable in Warzone following the integration of Vanguard.

Watch the Gordon Murray T.50 Slide Through the Snow

Russia-Ukraine war live: Biden says the US will not provide F-16 fighter jets to Ukraine | Ukraine

Opinion: Zuckerberg and Intel are shipping the proceeds from their layoffs straight to Wall Street