Bitcoin (BTC) is in a fighting mood this week as the weekly close buoys bulls’ cause and wipes out several weeks of downside — can it continue higher?

After challenging $42,000 over the weekend, there was a cautious sense of optimism as higher levels remained in play. Sunday saw a fresh push, with overnight progress attacking $43,000 before fresh consolidation.

With Monday’s Wall Street open primed to deliver more of the turbulence in big tech stocks seen late last week, the environment for crypto traders is an interesting one in February.

With its notable positive correlation, Bitcoin is thus sensitive to moves up and down — but equities refuse to move unanimously in the same direction.

Looking for guidance, hodlers will still remember January’s lows, and these are also fresh in the mind of analysts who have not discounted the possibility of returning to $30,000.

With something of a week of reckoning for its latest gains ahead, Cointelegraph takes a look at the Bitcoin market and five forces at play that could help shape where BTC price action heads next.

The weekend was no match for Bitcoin’s newfound bullishness despite its typically lower volume providing fertile ground for both “fakeouts” and “fakedowns.”

“Here’s how I see things. As long as $BTC holds 39k (as prev stated) then yearly open up next,” trader and analyst Pentoshi summarized Sunday.

The yearly open for 2022 stands at around $46,200, a price level that’s getting closer after BTC/USD broke through its weekend resistance zone to hit local highs of $43,070 on Bitstamp.

Fellow analyst and trader Credible Crypto believes that the latest action could provide proof that Bitcoin is beginning its fifth in a series of impulse moves stretching back several years.

Should that be the case, it is likely that altcoins will initially lose the limelight to BTC, he added, as with classic bull run performance.

“If my thesis is correct and $BTC is indeed starting it’s final 5th wave here, expect $BTC to steal the show, pump aggressively, alts to take an initial hit, but then rally/catch up just like we saw during the last two impulses (3-14k and 12-65k),” he explained.

Looking to the downside, whales may hold the answer. Data from on-chain monitoring resource Whalemap shows that the area around $38,000 remains a significant zone of interest for whales, who last week began adding to their positions there.

BTC/USD at $43,000 is meanwhile the highest since Jan. 17, the largest cryptocurrency erasing more than two weeks of losses in days.

Stocks formed the springboard for Bitcoin’s exit from the $30,000-$40,000 corridor last week, but “up only” is hardly what characterizes major assets.

Among big tech, the story was one of Amazon’s gains and Meta’s losses, providing a curious dichotomy that Bitcoin ultimately used to its advantage.

Could the same trend continue this week? Stocks are not alone, as oil continues its own gains and the inflationary narrative rises with it.

“This due to the flood of liquidity added in past two years. $$$ abounds. The Fed is way behind the curve in raising rates. The 10-Yr Note is headed to 2.35% in the near-term and 3.0% over the next couple of years.”

He added that inflation remains extremely modest compared with episodes during the last century, but that there could be a long way still to climb.

Pentoshi meanwhile forecast an oil price of more than $100 incoming.

“Oil looks like it’s going to barrel over $100 at this rate. 20% increase in the first 5 weeks of the year, 13% in January. If you loved inflation before, you’ll love it when Oil is over $100. Consumer goods numbers go up,” he tweeted.

Monday’s Wall Street open could thus provide either a validation of Bitcoin’s gains or throw the party into jeopardy once more. At the time of writing, futures are pointing downhill after the S&P 500’s best week of 2022.

Thursday will see the release of January’s consumer price index (CPI) data, which could provide further headwinds for inflation should the figures fall outside est

Will the dollar keep diving?

There’s something afoot with the U.S. dollar — even as stocks motor through early-year weakness.

In early February, a winning streak spanning the entirety of 2021 abruptly turned sour for USD bulls, and the past week has seen straight downside for the U.S. dollar currency index (DXY).

After passing 97 for the first time in over a year, DXY met with firm resistance and is now back below 95.6. Bar a brief dip in mid-January, this represents its lowest level since mid-November — just as BTC/USD was making its current $69,000 all-time highs.

“One thing is for sure, Price Action is always WAY ahead of what we think (macro/events) should be driving price.”

Bitcoin is traditionally inversely correlated to the DXY, and any sharp return to upside could undermine price strength easily. 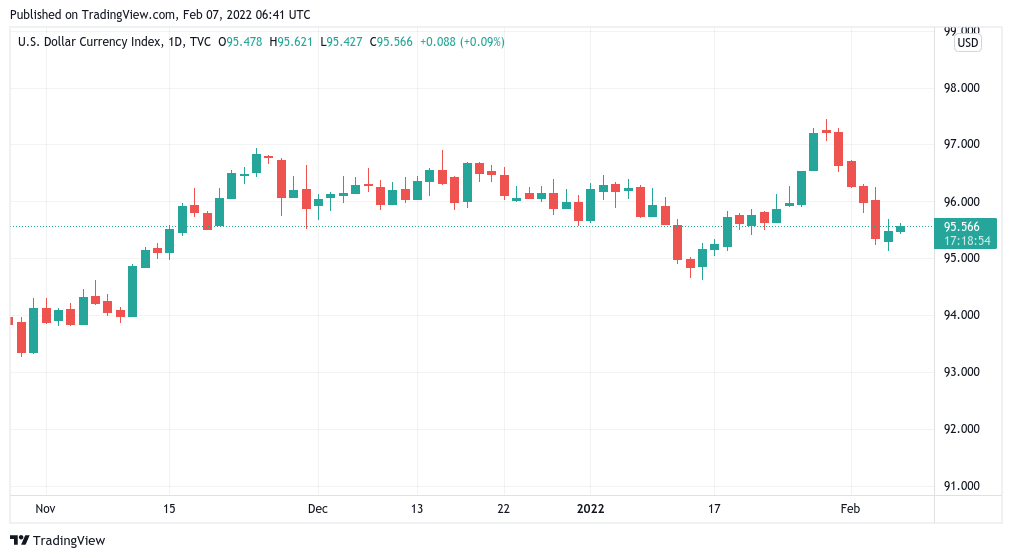 “Not going to lie, but the DXY is starting to look like it wants to correct heavier,” Cointelegraph contributor Michaël van de Poppe likewise forecast.

He noted that the European Central Bank (ECB) holding off on interest rate rises pressured the dollar further.

“Long term -> would be a good signal for Bitcoin and risk-on assets if the DXY is showing more weakness,” he argued.

Those looking for signs that a longer-term Bitcoin price bottom genuinely being in need not hunt through much on-chain data this week.

As noted by on-chain and cycle analytics account Root, the portion of the BTC supply controlled by short-term hodlers is beginning to tick upwards after falling to levels which coincide with macro price lows.

“Likely the macro bottom is in,” Root commented Monday.

The spent output profit ratio (SOPR) for short-term holders meanwhile saw its first meanwhile bounce above the 1 mark since Christmas this weekend.

Values climbing through 1 from below show that short-term holders on average are beginning to sell at a profit rather than a loss. 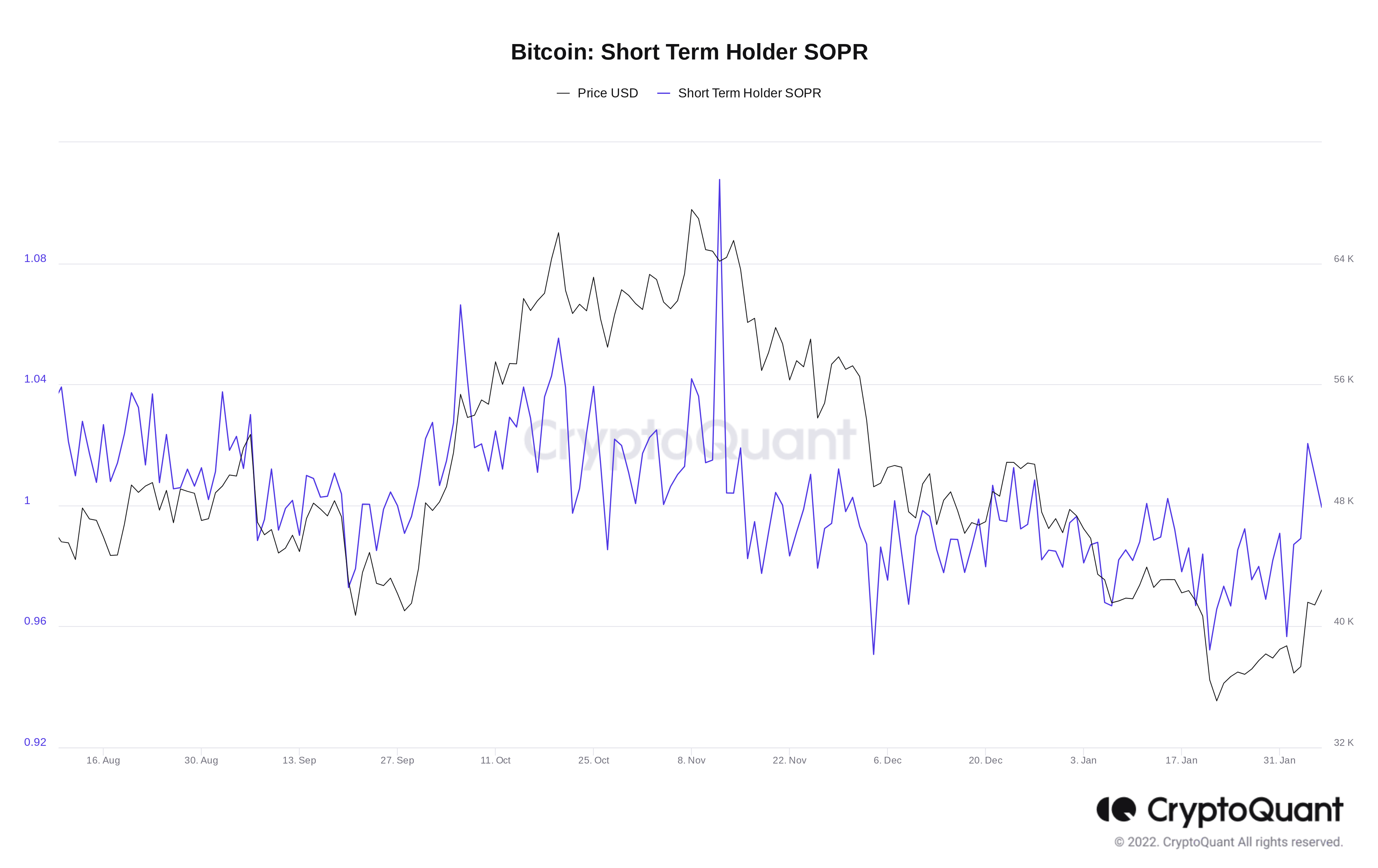 “Bitcoin is a bit top heavy here, but NumberGoUp is medicine for that,” Twitter account TXMC trades commented on the data from on-chain analytics firm Glassnode. 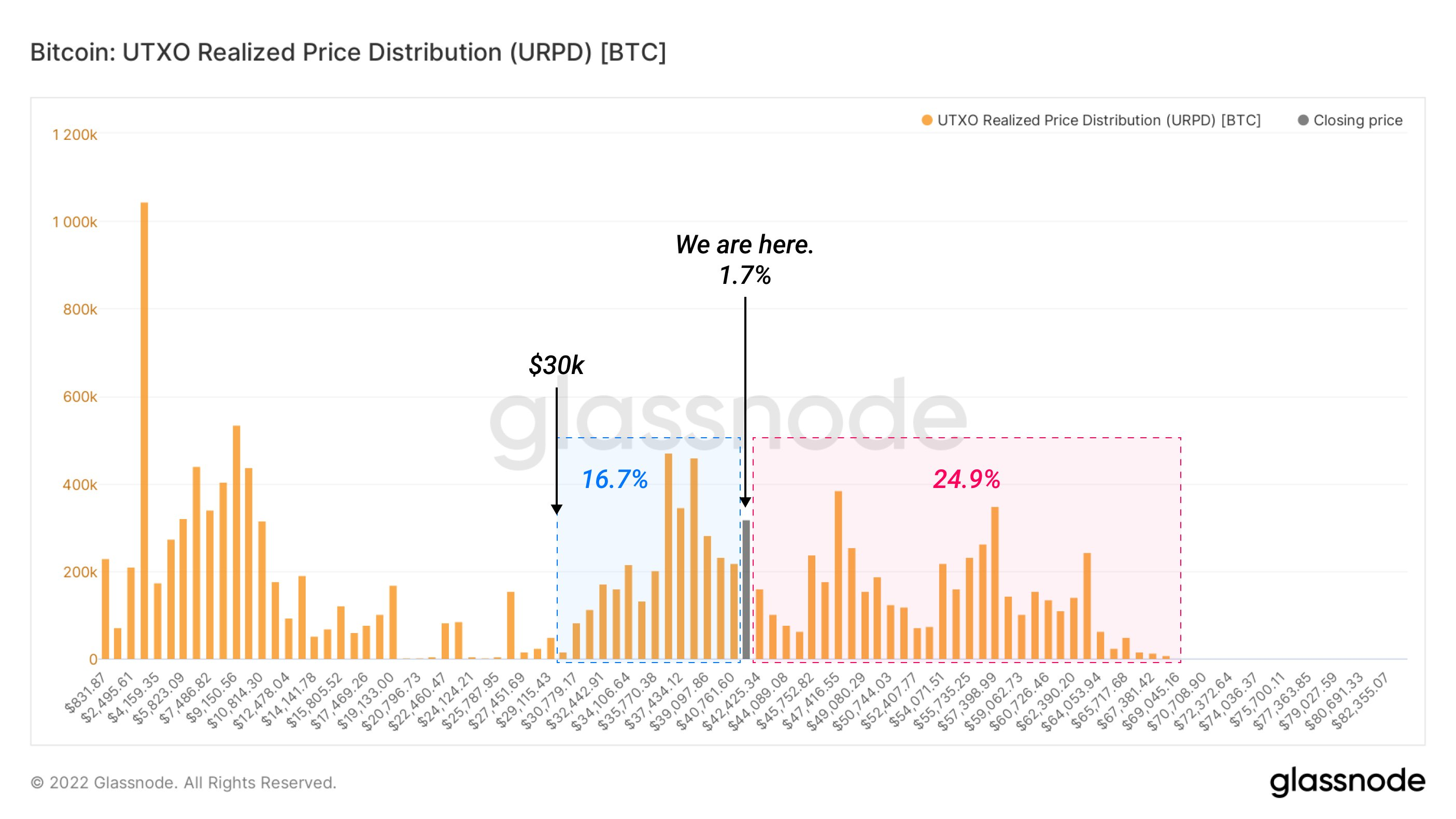 The longer higher Bitcoin prices linger, the more profound impact they have on even the most entrenched mindset.

The Crypto Fear & Greed Index, which spent most of last month in its “extreme fear” zone, is now on the cusp of breaking out of “fear” altogether.

Such a move would mark the Index’s first shift to “neutral” territory since the November record highs, and thus something of a reset of sentiment over the past two-and-a-half months.

For comparison, just a week ago, the Index stood at 20/100, while current levels are 45/100 — more than double on its normalized scale.

History has shown that the key to sustainable sentiment, in which traders do not “pile in” to buy or sell after specific price action, lies in measured BTC price action. “Slow and steady” gains are what traders tend to look for in order to become confident of a longer-term trend.

On the topic of January’s Index lows, however, analyst Philip Swift offered a note of caution.

“Charting Fear & Greed score against bitcoin price shows that the score can be very low at points that are not price bottoms,” he noted last week, comparing historical figures.

“But it is interesting to note that extended periods of Extreme Fear (sub 25) for +3wks does tend to signal major lows.” 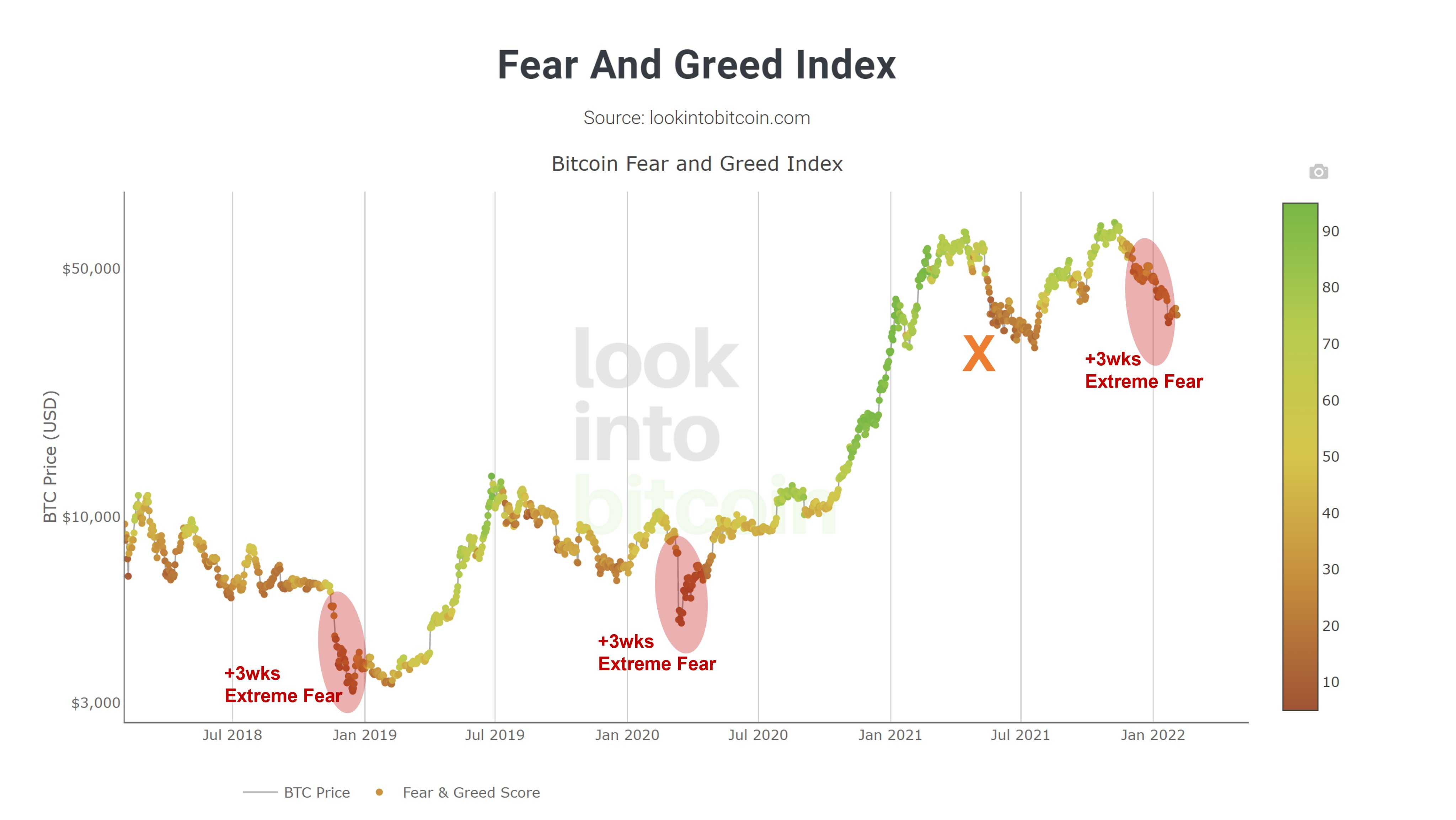 How to Catch (& Evolve) Tinkatink in Pokémon Scarlet and Violet