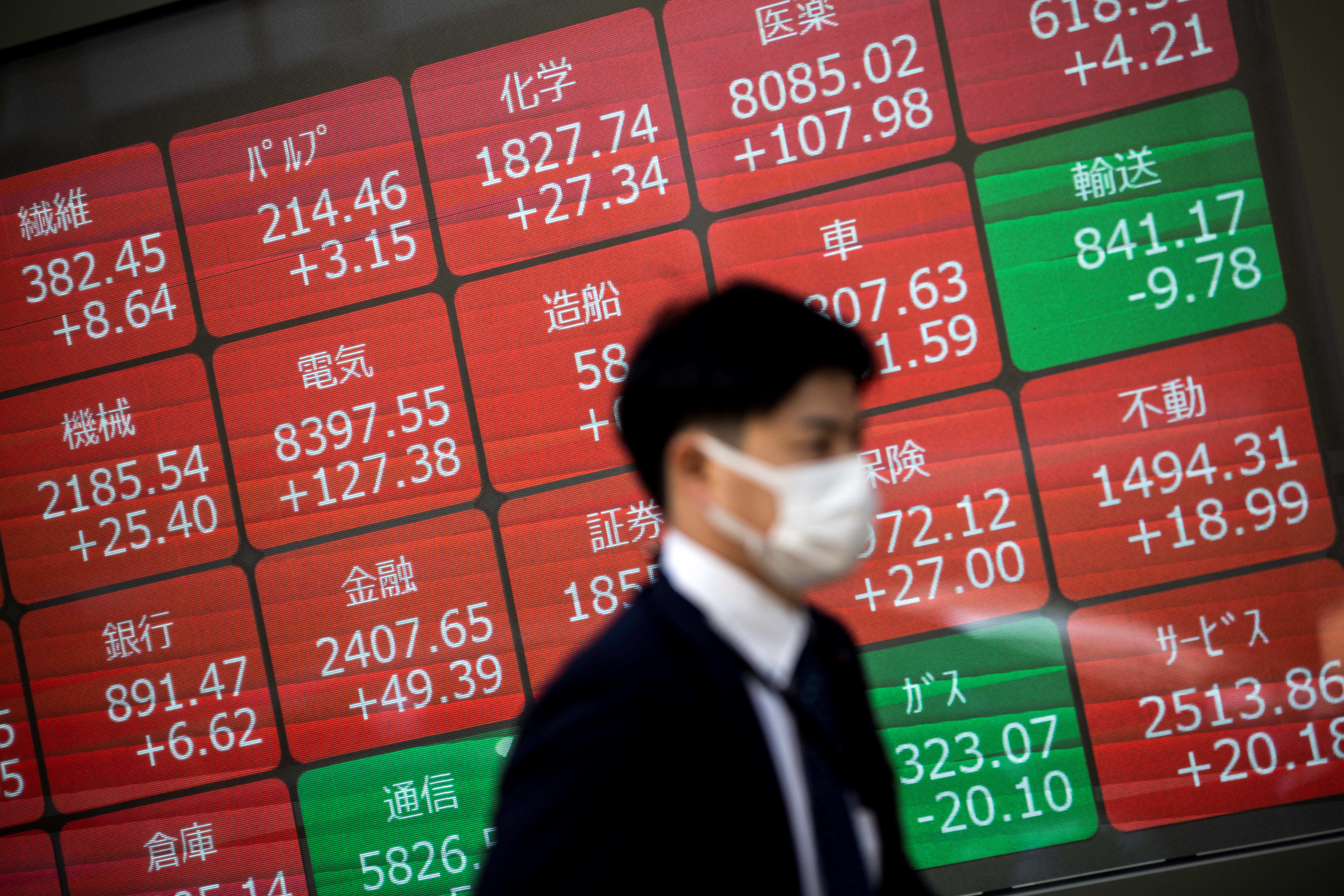 HONG KONG – Markets fell in Asia on Thursday following a second straight day of losses on Wall Street in response to Federal Reserve minutes indicating it could begin withdrawing its huge financial support by the end of the year.

Expectations of an end to the largesse that helped drive a global equity rally for more than a year added to the already sombre mood on trading floors caused by the fast-spreading Covid Delta variant, which is forcing a re-evaluation of the economic recovery as fresh curbs are put in place.

After chalking up record highs on numerous occasions in recent weeks, New York’s main indexes ended in the red again Wednesday after the minutes from the Fed’s July meeting showed most board members agree on tapering monetary policy in the next few months.

The remarks come after a string of data showed the world’s top economy was well on the recovery track — particularly employment with more than 1.8 million new jobs created in June and July, and inflation running at multi-year highs.

There has been a worry on markets for some time that the blockbuster economic rebound could fan a surge in prices that could get out of control if the Fed did not act in time.

“Most participants” at the meeting “judged that it could be appropriate to start reducing the pace of asset purchases this year”, the minutes said, though they did also show some were hesitant not to knock the recovery off course by moving too early or quickly.

While there was no indication of when a move would be discussed or started, the general feeling is that it will come before January.

“This leaves the market reasonably well set up for a decision on the start date of tapering being made as early as next month’s meeting, to commence before the end of the year,” said National Australia Bank’s Ray Attrill, adding that it could be ratified and begun soon after the November gathering.

“Obviously, contingent on a third successive good employment report being published on 3 September.”

The sell-off on Wall Street filtered through to Asia, where Hong Kong, Shanghai, Singapore, Seoul and Taipei all lost more than one percent, while there were also losses in Tokyo, Sydney, Manila and Jakarta.

Oil also dropped more than one percent after data showed a rise in US gasoline stocks indicating demand is drying up as the holiday season draws to an end, while the impact of lockdowns and the Delta variant are also dampening sentiment.

“There are still too many question marks over the crude demand outlook over the next few months and that will weigh on crude prices,” said Edward Moya of OANDA.

“The return to the office no longer seems like a certainty and delays in approving vaccines for younger children will likely mean inconsistent demand as the school year starts.”

Eight Republicans who could challenge Trump in 2024