The Associated Press came under fire once again after it published an article on Tuesday describing Palestinians who launched an incendiary balloon attack on Israel as ‘activists.’

The piece discussed the rising tensions between Israel and the Palestinian terrorist group Hamas.

An individual who shot an Israeli sniper in the head at point-blank range was also called a ‘Palestinian activist.’

Many highlighted that the nature of the attack from individuals linked to Hamas was not activism, but rather terrorism, and that the AP article was highly editorialized.

Fox News contributor Jason Chaffetz said: ‘Israel continues to be under a constant barrage of attacks. Some may want to call themselves activists, but their intention is terror. Any reasonable person would conclude these are terrorists.’

‘Perhaps they think they can put a political spin to it, but sending fire bombs across the border is terrorism,’ Chaffetz added. 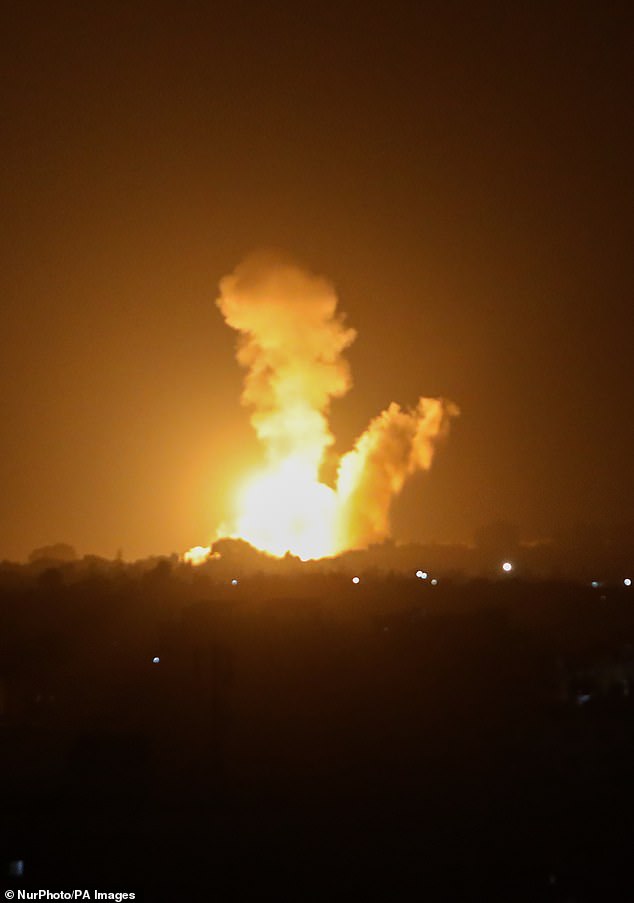 A fireball rises following an Israel air strike in Khan Yunis in the southern Gaza Strip, on August 23 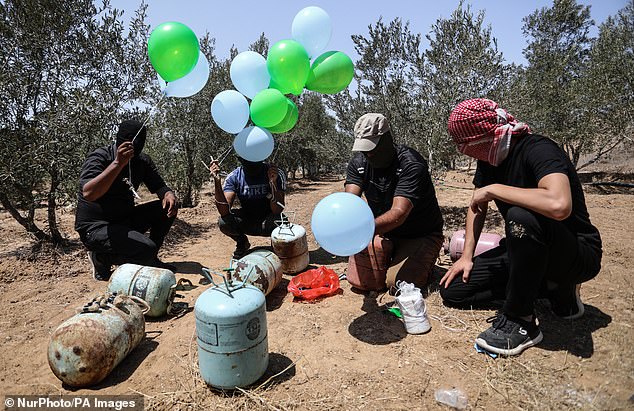 While @emilykschrader wrote ‘ ‘Activists’ that must be like the ”unarmed Palestinian” who shot someone.

‘The true activists here aren’t Hamas terrorists engaged in arson and murder — it is the AP allowing its ‘journalists’ to employ Orwellianisms to mislead readers about attacks on Israel,’ Noah Pollack, former president of the Emergency Committee for Israel, told FOX.

Christina Pushaw, Press Secretary of Florida Governor Ron DeSantis, said: ‘The AP is more upset about Tweets debunking their hit piece on [DeSantis] than they are about terrorists.’

Pushaw was referencing an AP article that suggested DeSantis promoted a COVID-19 antibody treatment because a shareholder donated to his campaign.

Her subsequent condemnation of the news agency and its reporters saw AP write to DeSantis to accuse Pushaw of harassment – a claim both she and the governor furiously rejected.

The publication also used the term ‘Pro-Hamas activists’ in a July article, referring to individuals involved in another attack.

The news organization has faced previous controversies for seemingly undermining terrorist actions from Hamas in its reporting, and even enhancing the notion that they act in the name of activism.

In May, the AP claimed not being aware that they were sharing space with Hamas in their Gaza office building, after the terrorist group attacked and destroyed the building from the air.

But a 2014 report by The Atlantic claimed that AP staff had long been threatened by the Hamas but the news organization refused to report it. 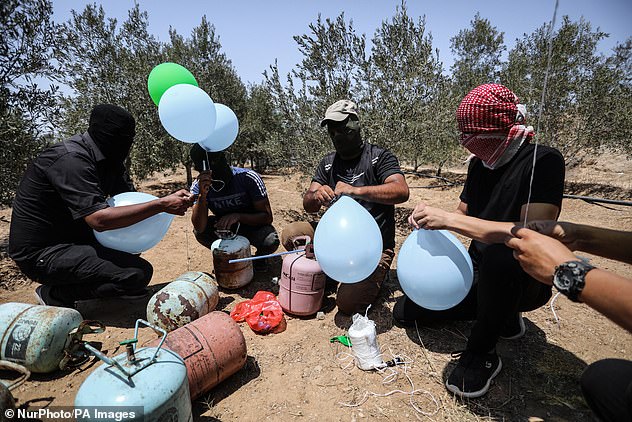 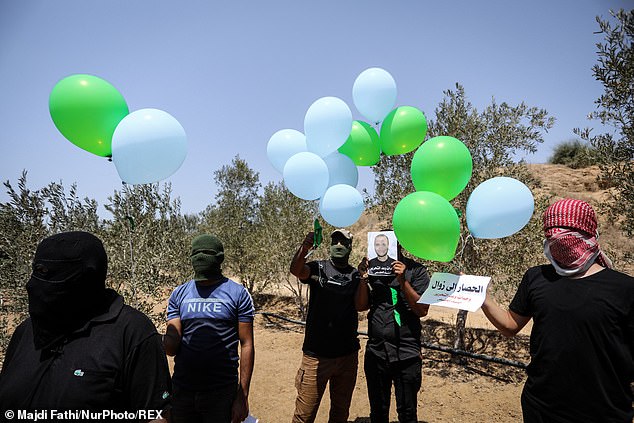 Critics highlighted that the actions by the so-called ‘activists,’ were indeed terrorism 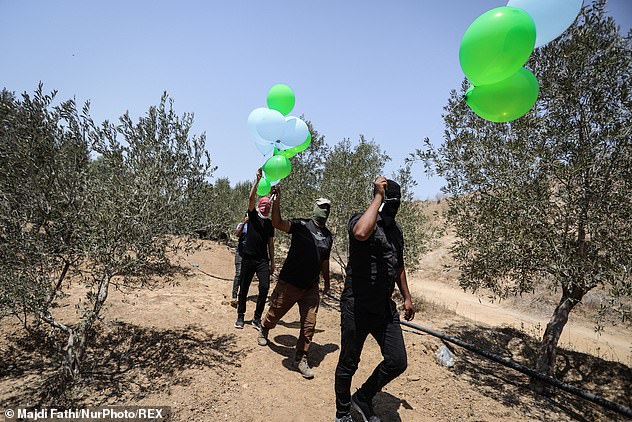 The latest article that fueled the controversy does note that the confrontation was initiated by Hamas. Israel then struck targets in Gaza with their warplanes

‘This is something we actively check to the best of our ability. We would never knowingly put our journalists at risk,’ said AP CEO Gary Pruitt about the incident.

But social media users were skeptical of the public statement, and pointed at the unlikability of the AP not knowing that Hamas had access to the building.

‘AP staff in Gaza City would witness a rocket launch right beside their office.. the AP wouldn’t report it Hamas fighters would burst into the AP’s Gaza bureau & threaten the staff.’

@AP didn’t know about sharing a building w/ Hamas for 15 years?!?,’ wrote an angry tweeter user on the platform.

The latest article that fueled the controversy does eventually note in the copy that the confrontation was initiated by Hamas.

Israel subsequently struck targets in Gaza with their warplanes.

‘Hamas has grown increasingly angry in recent weeks after Israel tightened the blockade in the wake of the May war,’ concluded the article.

Showtime Not Proceeding With ‘Three Women’, Cancels ‘Let The Right One In’ & American Gigolo’ – Deadline