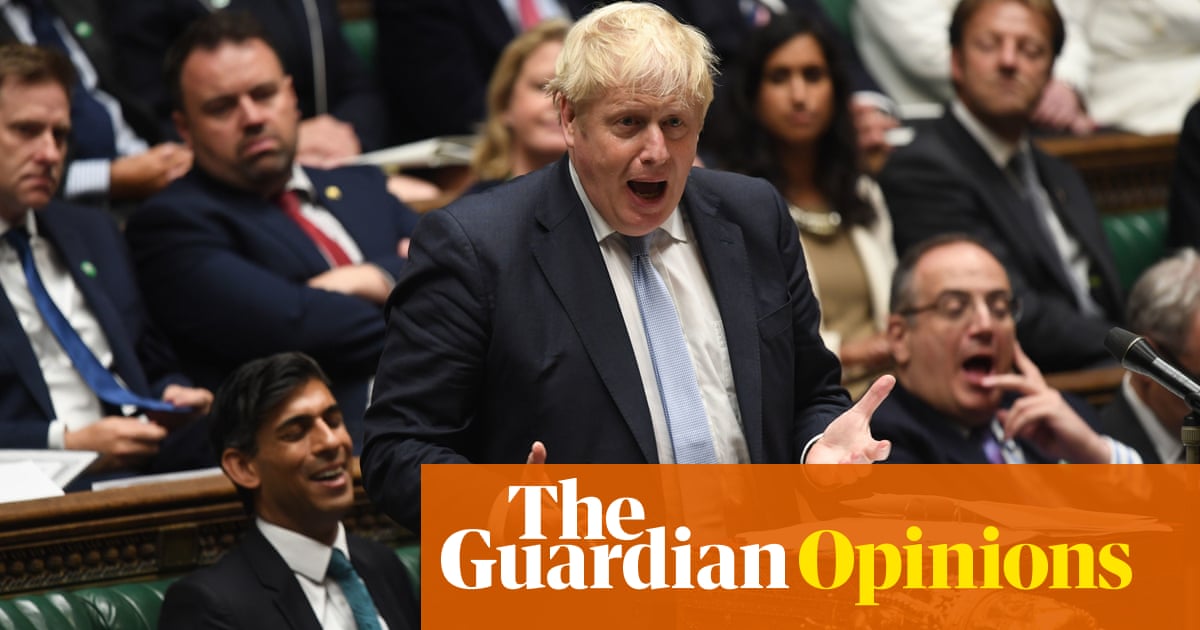 There can be benefits to being a serial liar. While politicians with a reputation for honesty can find their careers ended by one broken promise, those, like Boris Johnson, for whom the truth is by and large an unknown country, can skate by unscathed. Simply because no one expects him to keep his word. His relationships with family, friends and voters are entirely transactional. They get to hear what they want: he gets to bend reality to whatever serves him best at any given time.

One of the great illusions is that so many mistake his constant shape-shifting as a sign of self-confidence. It isn’t. It’s a sign of someone with no self-worth. Someone who can’t face reality. Though that has never held Boris back.

Over the last two days, Johnson has added two more broken manifesto commitments to add to reducing overseas aid earlier in the year: he’s trashed the triple lock on pensions and he’s gone back on his promise not to increase national insurance contributions. He’s also been caught out on his promise that he had a social care plan worked out two years ago. If he had, then he would never have needed to earmark the tax rises to bail out the funding gap in the NHS caused by the coronavirus pandemic. Though that possibly qualifies as a second order lie.

But there was no mistaking that Boris looked very pleased with the way his latest broken promises had landed as he took his seat in the Commons for prime minister’s questions to huge cheers from his own backbenchers. Not least Matt Hancock, who is now desperate to be one of the lads.

When Door Matt was health secretary he made a great show of wearing a union jack face mask in parliament to demonstrate his commitment to public health. Now he goes bare-faced. Covid? What Covid? Anyone might think he was deluded enough to imagine he might be in line for a way back into government in the coming cabinet reshuffle. Still, at least he can probably tell the difference between Marcus Rashford and Maro Itoje, which is more than Gavin Williamson. Boris went on to describe his education secretary as heroic. No one was quite sure if he was taking the piss.

What could have been a tricky session for Johnson was made easier still by another subpar performance from Keir Starmer. The Labour leader tried to pin Boris down on just how many people might have to sell their homes to pay for their social care, but Johnson just blustered on about private insurance schemes. In addition to increased NICs, it looks like the government is expecting those with relatively low value homes to fork out more on insurance premiums.

Much of the exchanges, though, were just a repeat of the previous day’s arguments, in which Starmer had struggled to land any telling blows despite the Tory plans appearing to hit the worst off hardest. Principally because Labour hasn’t really worked out a social care plan of its own despite having had more than a decade to give it some thought. Just saying those with the broadest shoulders should pay the most and that it would target more progressive taxes doesn’t really cut it. If you’re going to come up with £36bn you need to be able to say how the money will be raised.

Just how relaxed Johnson was about his health and social care levy was soon apparent when the junior treasury minister Jesse Norman was sent out to open the hastily arranged debate. If the government had been in any way concerned it might lose the vote, then Johnson himself – or possibly Sajid Javid or Rishi Sunak – would have done the heavy lifting. As it was, Norman kept it short and sweet. Probably because he’s got as little idea as anyone else in government how it’s all going to pan out. The highlight of his speech was his insistence that it was a profoundly Conservative thing to break one promise in order to fulfil another. It takes all sorts, I suppose.

In reply, Rachel Reeves was as hamstrung as her leader by Labour’s failure to have a properly costed alternative plan, though she made the case with much more passion. Her argument that the NHS would always need more money, that it would prove impossible to cut further spending after three years and with only 15% of the new levy going towards social care the government had barely begun to scratch the surface of the problem clearly resonated with some Tories. It was the social care levy that didn’t deal with social care.

Jake Berry, the head of the Northern Research Group of Conservative red wall MPs, made a more coherent case for the failings of the policy than most opposition MPs by observing the lowest paid would be worst hit and that constituencies with lower house prices would be bailing out those with more expensive real estate. Steve Baker wondered why the Tories were implementing Labour policies. Both said they wouldn’t be supporting the government in the division lobbies.

Not that Boris was at all bothered as he was assured of winning the vote. Another broken promise had paid off. In the short term at least. Whether it would cost him the next election when Tory voters had felt the impact of the tax hike was something he would worry about later. Like most pathological liars, Johnson really only lived for the day.

Xbox owns Call of Duty — the war of exclusivity begins